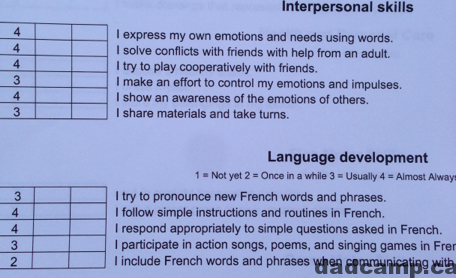 [twitter]It was report card day and parent/teacher interviews this week. 3 months in to his 5 day a week junior kindergarten program, Charlie is doing just fine.

We’re not redshirting our son. Charlie is in junior kindergarten this year despite having a birthday in the 11th month of eligibility. There are 3 kids in his class that are 11 months older than him, the parents having chosen to redshirt their kids.

Go and drop Charlie off and these kids, which should be in kindergarten, run the joint. They’ll tell you the day’s schedule, who goes where and the what for. They’re comfortable, confident, and frankly, too old. These kids, the teacher will tell you, “should have been in kindergarten last year.“

We are constantly worried about the social side of things, how does a 3 year old mix well with kids on the verge of 5. “He’s doing just fine,” the teacher told us. “He’s such a happy. boy.” Charlie fits right in. He has good days. He has bad days. Like any kid. He’s curious. He loves stories. He likes going to school.

The idea of putting him on the plan approved for his age by the government, which others with kids his age ignore, is that if it doesn’t work out, if the red shirted kids are too much of a problem, we can always hold him back. We need to give him the benefit of the doubt and trust the way the system was set up to allow for kids his age to be in the classroom.

He doesn’t always speak back in french to the teachers. Actually none of the kids do. Our teacher jokes that “Madame will forget how to understand English after Christmas.” The kids have a lot of comprehension, the next step is to get them to speak it. Also, Charlie doesn’t really dress himself – which is a function of his age. But he’s 3 (4 in a month) and I’m sure he’ll be able to put his snow pants on by himself soon enough.

So it doesn’t look like he’s going to be repeating junior kindergarten. Take that, red shirted kids. 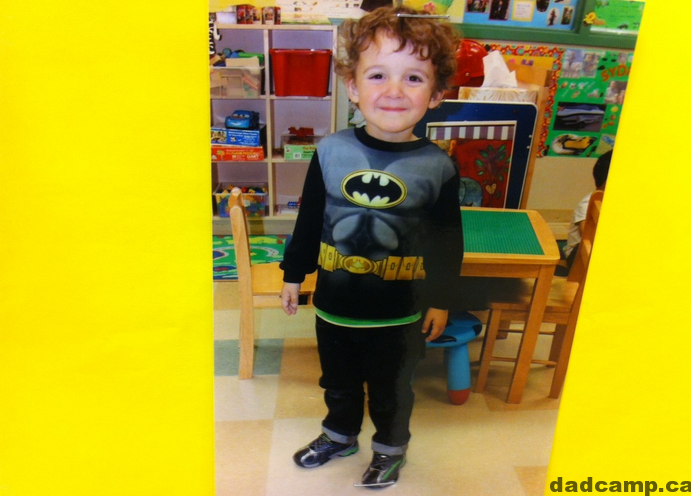