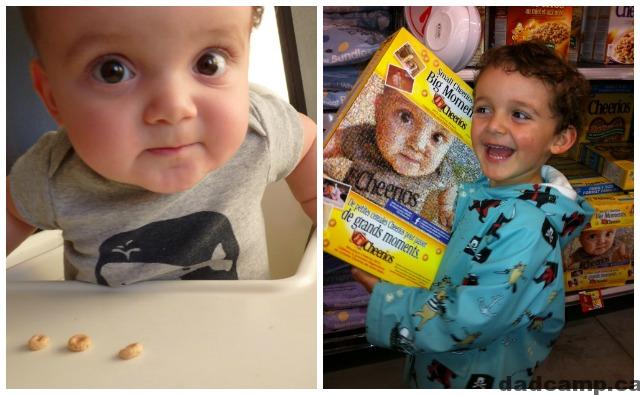 When we were told that Charlie was going to be featured in a new Cheerios campaign last October, we expected to see him on the boxes in the spring.

In May, they used Charlie’s photo as part of an online effort that saw parents submit photos of their kids to make up Charlie’s face. We expected to see him on boxes at the same time, but it didn’t happen.

Now, when out doing groceries this weekend, what did we stumble in to but an entire wall of The Chooch.

For the record, I’m writing this post and will brag about his accomplishment furiously on the internet because that’s all we got from this effort – bragging rights.

We had entered Charlie’s photo 3 years ago in a contest where he came 2nd. The winner of that contest won a $10 000 RESP. 2nd prize was a year’s supply of Cheerios. 18 months after that contest, they called to say they would be using Charlie’s photo again in this campaign. Again we would get a few boxes of Cheerios as a way to say ‘thanks.’

When you enter a photo contest, you hand over marketing rights of the photo. I signed a release when the original contest happened that appears to give General Mills this pic and to use for however long they want with nothing ever coming back to us other than .. .. bragging rights. (aside: I am getting a legal opinion on the validity of the contract clause)

IN the meantime, I shall brag. And so will Charlie. Cause that is one damn cute box. 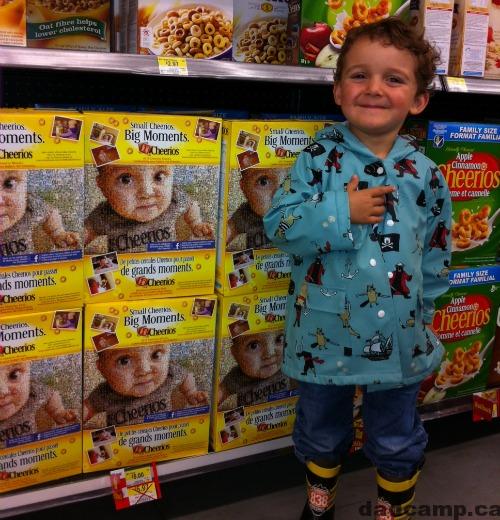