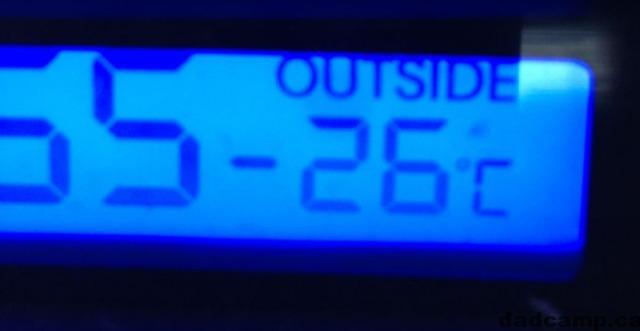 At least one cold blast of winter has hit most of us already, and as you hustle out the door and bundle up the kids, you are most likely making a crucial car seat mistake.

Every morning, before we leave for school, my wife bundles up my son in his jacket, mittens, hat, scarf, and boots. He hauls on his backpack and then climbs into his car seat in the backseat.

I tell her it’s ridiculous to bundle him up like that, I’ve already had the car warmed up and it’s a 20 minute drive to school. Still, she insists.

So as soon as we get outside, I unbundle him and then he climbs in the car. Yes, even though the temperature is near freezing, I make him take his coat off before he gets in the car.

Car seat straps need to be snug to the chest. Any thick material between the strap and your child’s body is a distance they could move in an accident and not be restrained. That puffy jacket, that thick sweater could prove to be the source of a serious injury.

“Anything between the child and the straps is compressible; it’s like having space, which creates more risk that the child could thrust forward into the straps in the event of a crash,” explains Dr. Benjamin Hoffman, medical director of the Tom Sargent Safety Center at Doernbecher Children’s Hospital in Portland, Oregon.

But it’s cold! And my kids will get cold!

Well, warm up the car first, and then run them outside really quick.  For older kids, you can put the jacket on them backwards to keep them warm (they’ll probably get a kick out of dressing backwards too). For younger kids, keep a blanket or two in your car and wrap them up snug ON TOP of the car seat belts after they’re buckled in.

“Car seats are designed to be tightly attached to the vehicle and the child attached tightly to the car seat,” says Dr Hoffman.  “Anything that interferes with that increases injury.”

So, before you head out remember don’t bundle up before you buckle up.