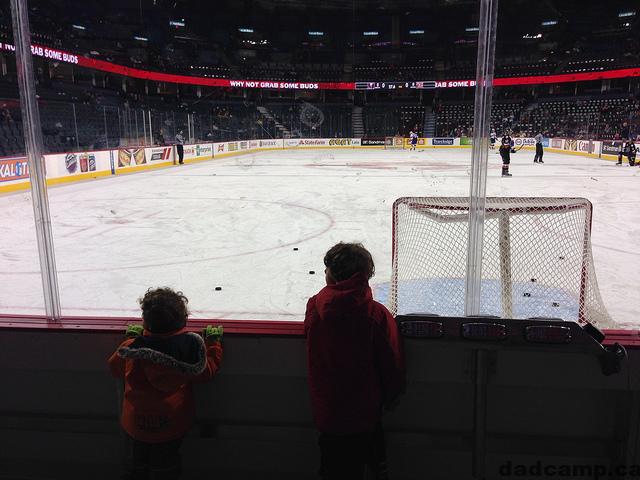 Catch a puck at a hockey game – it’s the Canadian version of catching a ball and now both of my boys have accomplished the ultimate in hockey souvenir achievements.

Zacharie got his puck from an usher after we were lucky enough to score great seats to the game from a client. When the kids are young, like Zacharie and Charlie are, I always make sure to show up to the game in time for the warmup. There’s more wandering around the rink, you don’t have to sit in your seats, and the kids can get right up against the glass.

After the warmup at that NHL game, the usher gave Zacharie a puck. He still has it on his nightside table.

At our first Calgary Hitmen game of the season this year, I made sure to grab seats right by the Zamboni entrance and exit.

The boys love going to the rink for ice cream, popcorn, zambonis, the train ride to the game, and then maybe the hockey. The actual game is way down on the list of things they love, it’s more the entire experience of being in a big crowd that they love. 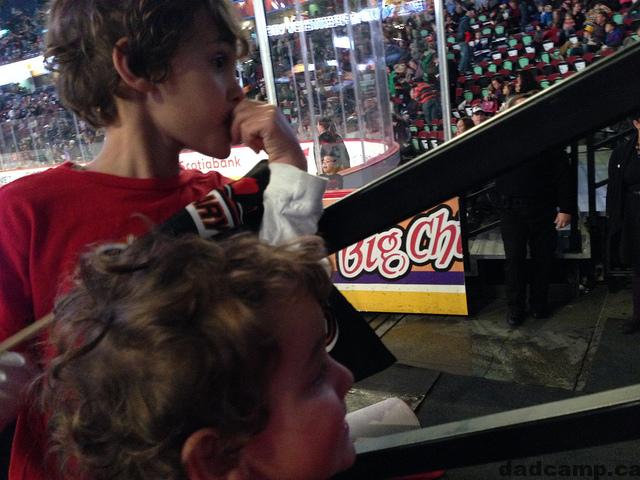 We got their early for warmup and the boys sat right behind the net as the players fired shots at the posts. When they missed, the shots would fly straight into the glass and make a loud SMACK!

They flinched a couple of times thinking the pucks were coming at their faces. Once they got used to it, they waved their hands and giggled at each loud shot.

They loved watching the Zamboni go in and out for each period, and then the ultimate souvenir was achieved. As the linesman came off to his dressing room after the period, he tossed the puck over the railing to me. I caught it, handed it to Charlie and a great day was elevated to #bestdayever category. 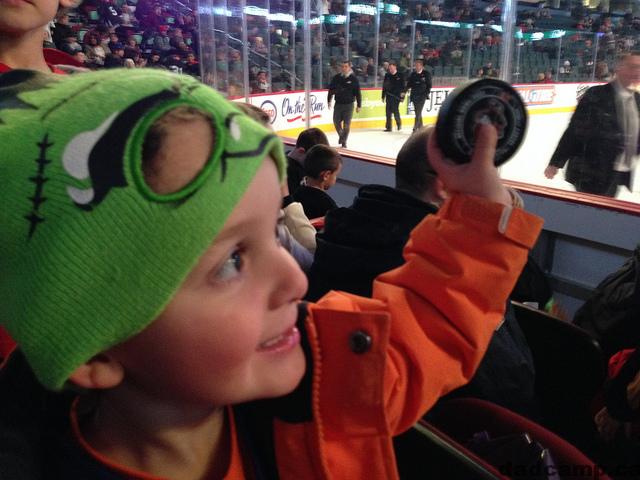