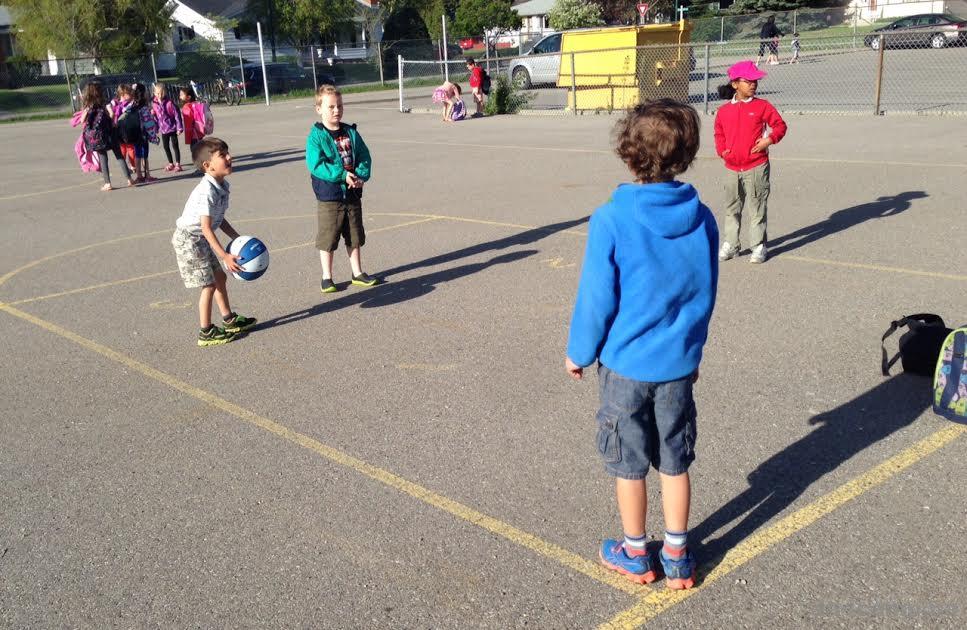 [twitter]“Hi Zacharie! Can I play?” the young girl asked about 30 seconds after we arrived on the school playground.

“Sure!” Z beamed. “This is the basketball I won at the Penny Carnival on Friday!” And the two 6 yr olds proceeded to pass and shoot the ball at the hoop with big smiles.

2 more kids would join in before the bell would ring to start the day. As the bell rang, I fist-bumped Zacharie, tucked the ball under my arm and thought about how different this morning was from any other.

Zacharie and I arrive on the playground about 10 minutes before the start of school. As the kids pile off the buses and get dropped off, they run around the compound playing tag, kicking balls, shooting Bey Blades, and doing kid things.

Each morning, Zacharie stays on my hip. He has friends at school, but he always asks me to stay until the bell rings instead of running off with his friends. The only exception being the days we have ridden our bikes to school. If he has some big exciting news to share, he’ll run and tell his friends, but he always comes back to stay with me.

We won a prize pack at his school’s carnival on the weekend, and it included a basketball. We don’t have any courts near the house, so I thought it would be fun to bring a ball to school and get 10 minutes of bouncing and shooting in before the bell rang this morning.

I had barely bounced it twice, had not even taken a shot before Rihanna came to join us. I quickly faded to the background as the kids passed, laughed, smiled, and tossed wishful airballs woefully short of the high hoop.

When the bell rang Zacharie was not alone by my side, he was the center of a gang of kids playing and having fun. As they played I thought about the simplicity of this ball and how it is the centerpiece of play around the planet. It wasn’t a fancy high tech toy, a battery powered gadget, or a designer brand. It was a 3/4 inflated ball, yet it was a magnet to bring children together.

If you want your kid to make friends, all they need to do is to be the one to bring a ball.