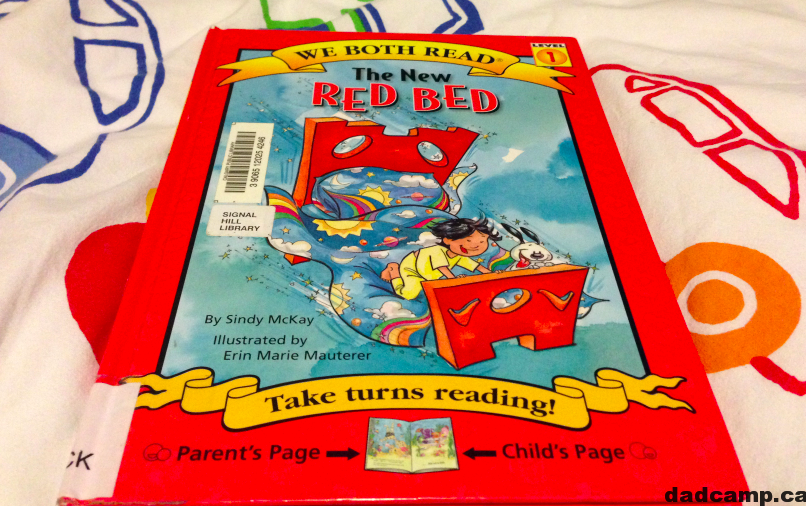 Zacharie is 6 and a half and doesn’t read.

While there are others younger than him that rip through chapter books, and it was his best friend reading the notes left on doorsteps at Halloween, it’s not a terrible thing.

We have both our boys in French Immersion classes, so while our son is well on his way to being bilingual, he can’t read. I beam when he calls me “mon père” instead of Daddy, and speaks with that dual language way that has his sentences constructed with english verbs and french nouns from that week’s vocabulary lessons.

We’ve been told that kids don’t *really* need to read until later, and the fact he doesn’t will not pose problems. But, yknow, parenting, so I’m nervous. His classes are wholly in French right now, so that means when they get around to the reading, he’ll be learning how to read french books complete with an entirely different set of phonics.

The only homework he has each night, is for us to read to him. So far that has meant me reading books, but after a recent trip to the library I discovered a series of books called We Both Read. One side of the page has two or three sentences for the parent, while the other has 3 or 4 words for the child to read. 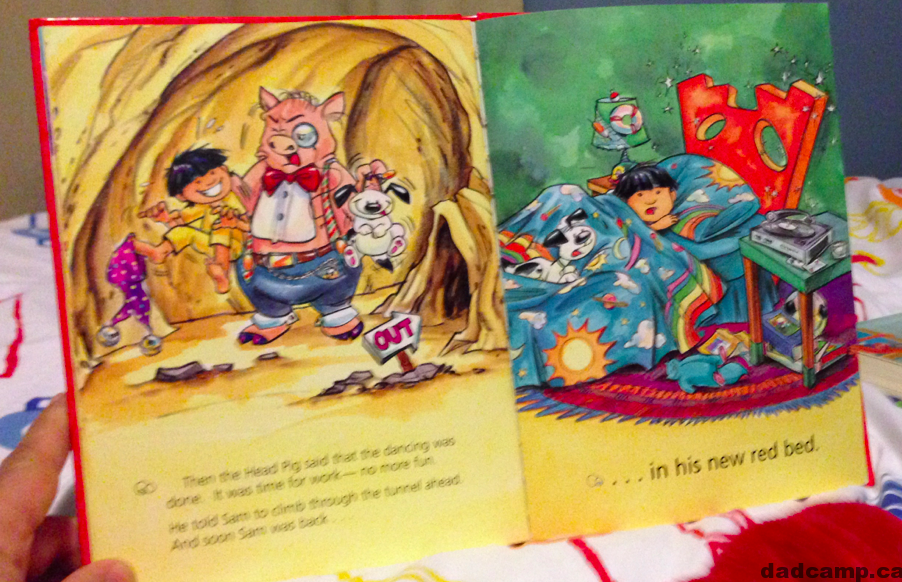 At first he was trying to guess the words by the pictures, and sometimes when he sounded them out he was using french phonics instead of English. But we worked on memorizing sight words, and breaking words into chunks of sounds instead of individual letters.

We would read 4 or 5 pages each night, taking nearly 20 minutes. This weekend, we came to the book and, for the first time, he read all of the words on his page without me helping him break them down.

“Momma!! I readed all by myself!”, he screamed down the hallway and then brought his brother to the couch so he could read to him.

It was a huge moment. He’s not nearly a reader yet, and that’s okay, but we’re making little breakthroughs where we need to and he feels a huge sense of accomplishment.