I’m not worthy of my kids.

As much as I try to lead them and teach them, I’m following them and learning from them. As much as I’m supposed to be the one blazing the trail for my sons, the older I get, the more experience I have with fatherhood, I realize this is something we’re doing together.

I share what I’ve learned, my kids teach how to break my habits and try new things, and we both become greater people for it.

The greatest gift a father can ever receive is seeing his children do things he never thought possible. From Charlie’s impressive creativity to Zacharie’s empathetic heart, my sons blow my mind regularly.

But still, a little selfish piece of me inside would like to be their superhero. The one who they turn to when times are tough, when they need help, when they need saving.

If you really want to know where you stand in your kids’ lives, what they truly think of you, and what super powers you really possess, ask them to draw a picture of you as a superhero.

Now here’s the thing: I actually own a superhero costume. A few year’s ago, a fashion friend of mine and I designed a SuperBuzz costume. It’s got the logo and the cape, and I break it out on Halloween every couple of years.

My kids did not draw me as SuperBuzz or SuperDad or anything Super. They chose unique superpowers for their dad.

I asked Charlie to describe his drawing of me as the superhero, Captain Flibbert. 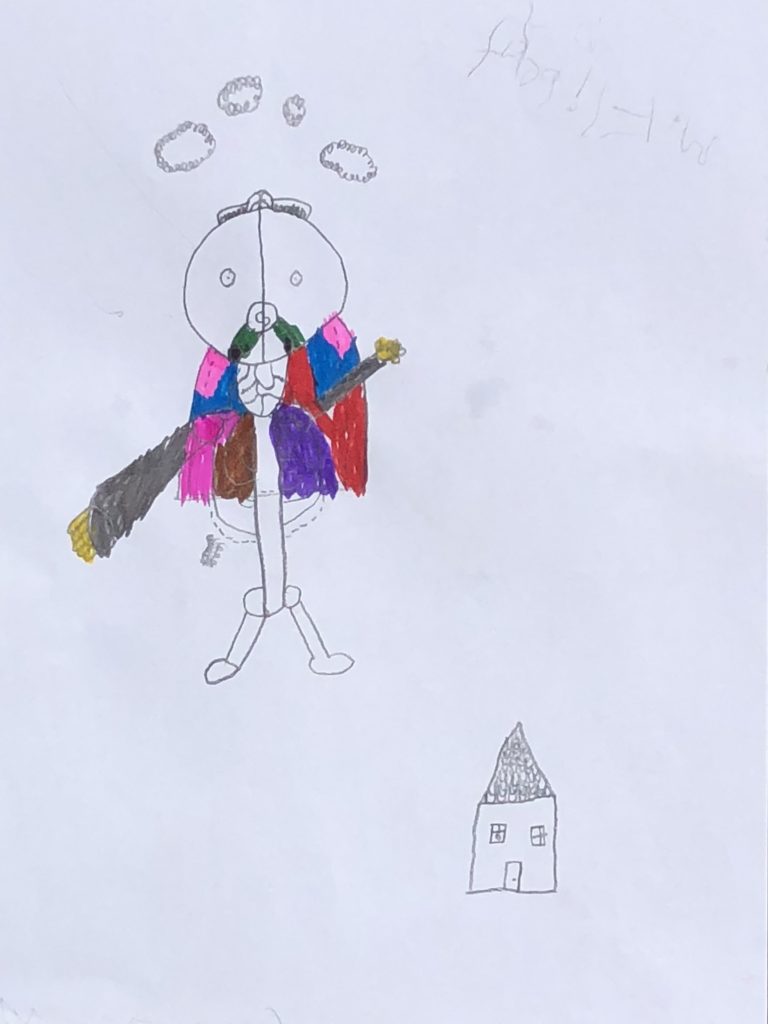 “He has barely any hair, and what is there is covered by a little glass dome because his farts are toxic. He has one tiny arm and one huge arm. He has a gas mask because he does not want to get sick by his farts. His cape is pink, blue, red, purple, and brown. His super powers are toxic farts and flying.” (The best part is he made his sketch using smelly markers.)

Zacharie went along a different theme, dubbing me Dock. 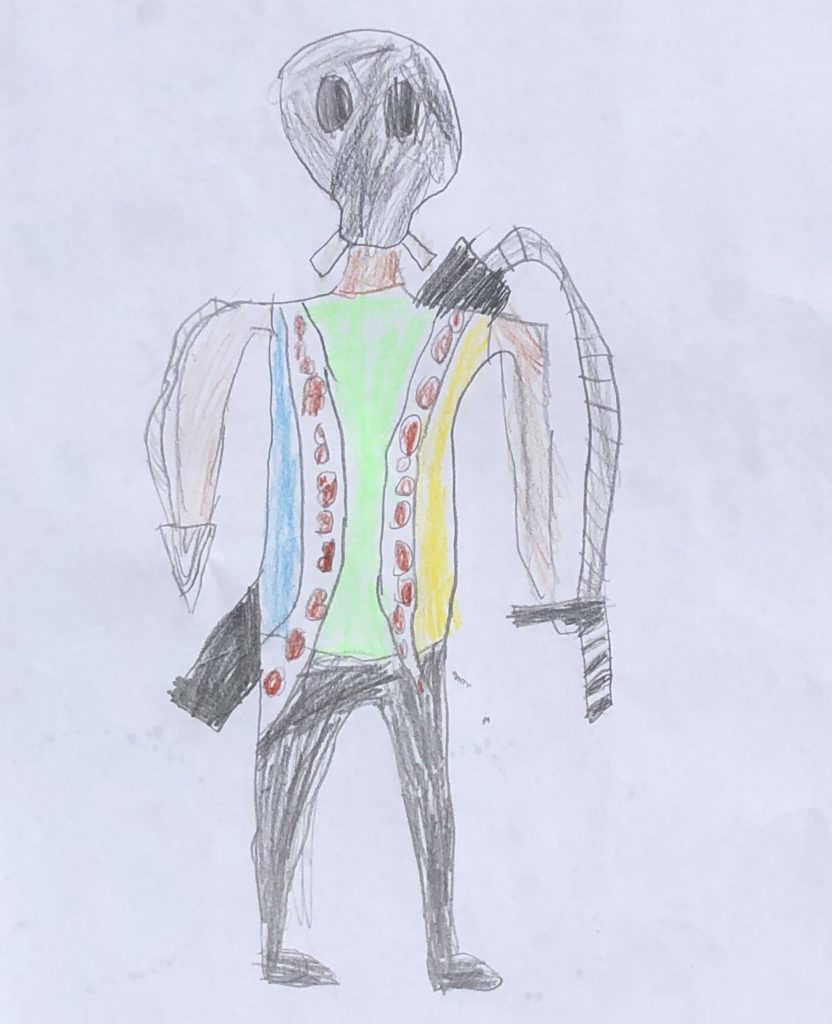 “His mask helps him when he travels around the world to dangerous and polluted areas. The straps carry bombs and grenades. One of his hands is a drill so he can get materials. Dock has a gas tank and uses it for his special kind of spray gun. The spray gun can heal people and he’s a doctor who specializes in different chemicals than can heal the body. “

Want to get in on the fun (and get a reality check)?

Between now and Father’s Day, Mark’s is hosting a social media contest calling on dads to ask their child(ren) to draw a picture of him, depicting him as a superhero. Then take a photo or scan of the drawing, post it to social media, and tag @MarksCanada using #SuperheroDad.

Mark’s will review the entries and select a group of winners who will be gifted a wide range of prizes, including a $500 Mark’s gift card, an in-store shopping experience at Mark’s with country star Brett Kissel, and two round-trip experiences for two to attend the CFL Grey Cup! 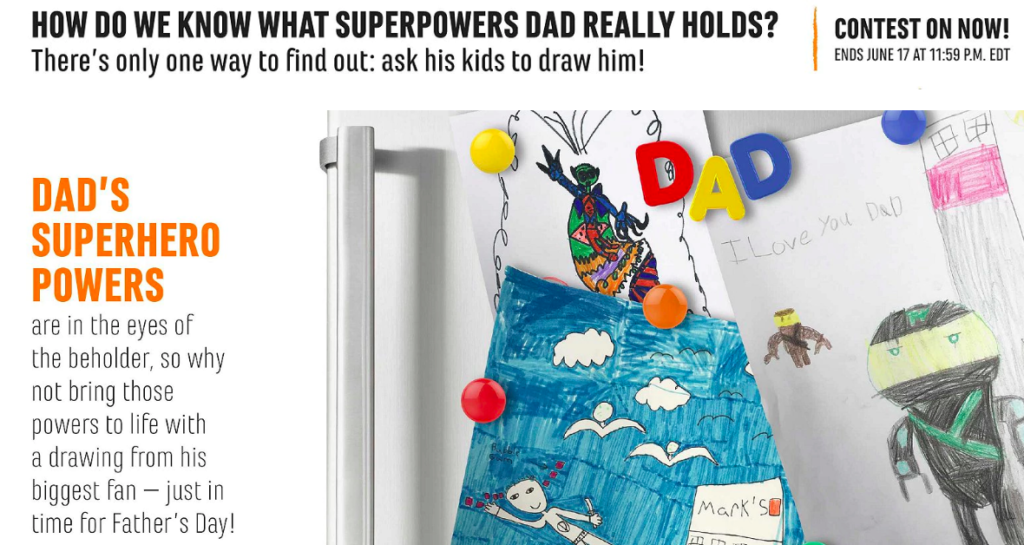