There are certain words some kids have trouble saying. Usually they grow out of it, sometimes the parents find it really endearing and play along with the mispronounciation creating a family language only you understand.

That’s how Despicable Me became Spicabonie. Zacharie couldn’t pronounce the original title, and we never corrected him.

To be honest, the original is one of my all-time favorite family movies. It has cuteness (minions and the girls), it has good vs evil (Gru vs Vector), but it’s not overly mushy or scary. The boys never once got scared or bored watching Despicable Me and we were thrilled to catch a preview this weekend.

While Gru and the girls were lovable characters in the first flick, the minions were the big hit. For the sequel, we get what everyone wants: more minions!

In Despicable Me 2 we find Gru retired from villainry and hosting a birthday party for his girls. He says he runs a jam and jelly business, but really you could see this guy as a Daddy Blogger. His unabashed, devoted love for his daughters is a focus of the film and it is very sweet.

Eventually Gru gets recruited by the good guys to help find a very bad guy because he used to be a bad guy and knows what bad guys are about. Not to give too much plot, but it’s a fun spy/love story that ends with many angry purple minions set to take over the world. 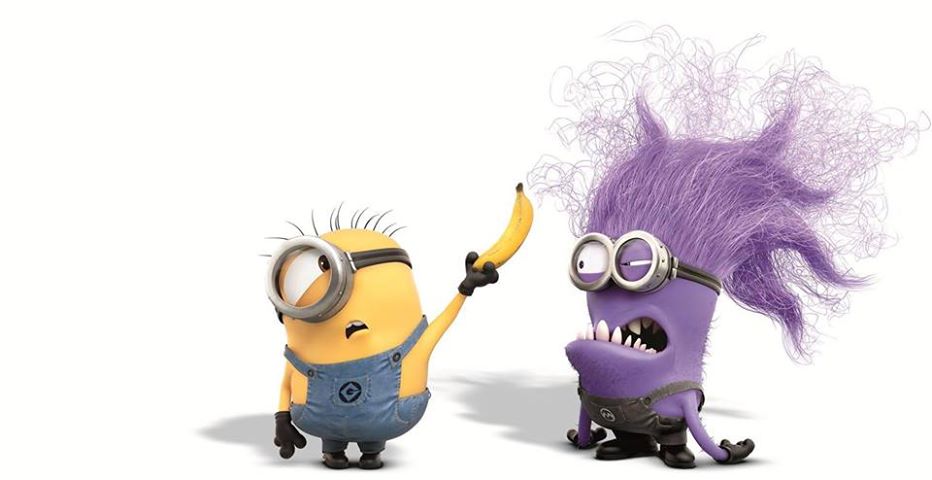 That said, there were plenty of howls and laughs from the entire audience during the entire film, just be prepared to have a kid on your lap during the climax if they don’t do well with some scary scenes.

SEE IT OR SKIP IT?
See Despicable Me 2.

THERE’S AN APP FOR THAT

An iOS / Android game has been released along side the movie called Despicable Me: Minion Rush. Think of Temple Run, and you’ll understand how this game is to be played. While the game play is fine for younger kids, there are a lot of menus and buttons that need to be pressed to a) play the game b) play it again after you bonk out.

It is a very fun game and a good knock off of Temple Run, but until your kids get the hang of it (or can read), you’ll be constantly resetting it for them to play. No purple minions make an appearance in the app.