It’s the playground where I see my kids perform their greatest feats of sports imagination.

“Here comes Charlie, our youngest competitor,” my 7 yr old will announce as if he’s Akbar Gbaja Biamila on American Nina Warrior. Then he will leap to the monkey bars do a loop of some ladders, and taking a flying leap up the metal slide as if it was the infamous warped wall.

“43 seconds,” I’ll yell to him as I smile to myself under the shade of a nearby tree as he immediately scrambles back to his imaginary starting line to try again to go after a course record.

My kids don’t pretend they’re Crosby or Messi, they want to be Kevin Bull or Kacy Catanzaro. And I love it.

On rainy weekends we’ll give them a legit chance to make that fantasy a reality when we visit a local ninja gym. Seeing them climb that warped wall for real? That’s some championship feels right there.

If you know the feeling of watching your kids reach their max potential, then you’ve got a kid who’s worthy of joining Under Armour’s 2018 Team UA NEXT powered by Sport Chek.

Seven to 12-year-old hard-working athletes are eligible to compete to become the face of Under Armour in a brand campaign at Sport Chek stores across Canada.

The winning boy and girl will join the elite roster of Under Armour athletes and serve as a youth ambassador for the brand. In addition to being featured in the brand campaign, winners will receive exclusive access to Under Armour gear.

Parents, guardians, mentors and coaches have until August 31, 2017 to nominate a young athlete online at TeamUAnext.ca. Entrants must submit videos throughout the summer showing their passion and athleticism to make a compelling case for why they should the next Under Armour athlete. “Last year hundreds of talented young athletes from coast to coast showed us how they hustle, persevere, and compete and we are excited to see who will tryout this year,” said Shana Ferguson, Marketing Director, Under Armour Canada.

The current Team UA NEXT Canada Powered by Sport Chek campaign features 12-year-old Brenden McLeod of Newmarket and eleven-year-old Maya Rajhans of Etobicoke. Brenden is a hockey and lacrosse player and Maya is a basketball and soccer player. They were chosen because they had the right mix of determination, passion, teamwork, and WILL.

“We are looking forward to the second year of this exciting program with Under Armour and showcasing these talented young athletes in our stores,” said Troy Lemens, Chief Merchant, FGL Sports/Sport Chek.

For more information on 2018 Team UA NEXT Canada powered by Sport Chek, or to submit a nomination, visit TeamUAnext.ca.

But you might have to get in line, 7 yr old Charlie thinks he’s got next. 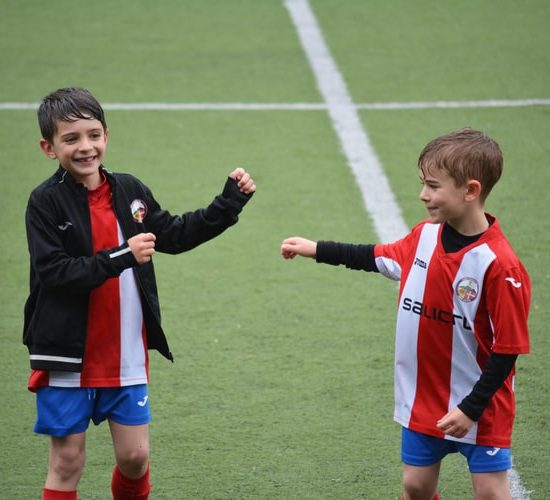