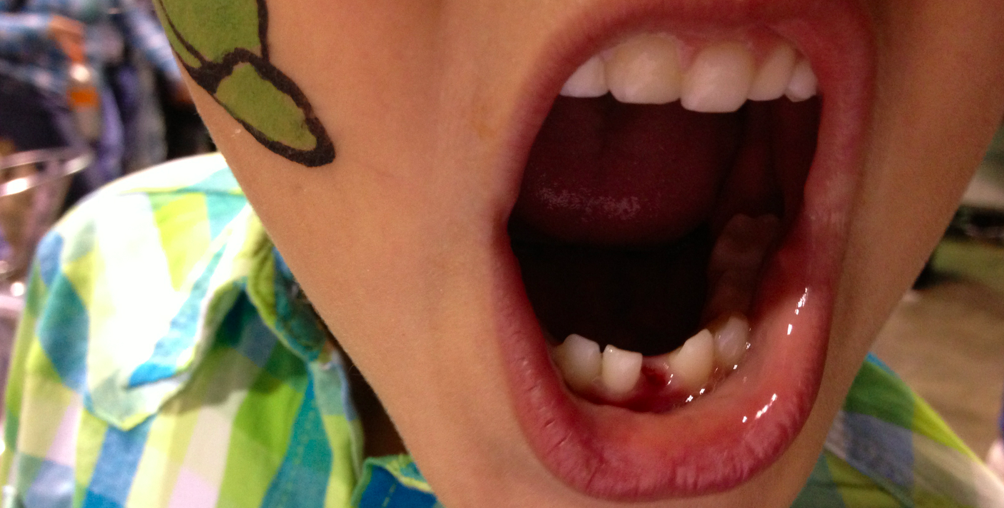 It finally happened this weekend. After a few days of wiggling, Zacharie lost his first tooth at the Calgary Stampede in the middle of a hot dog.

He had been so eagerly anticipating this moment. Friends had lost multiple teeth already and he was wondering when his “big boy moment” would be coming. He carried a plastic glitter tooth with him everywhere he went “just in case” his tooth fell out. Good thing he brought it to the Stampede!

His adrenaline was peaking after that. He spent the rest of the day running around absolutely thrilled. He spontaneously breakdance, and would tell anyone who smiled at him what just happened.

Last night, he ran down The Tooth Fairy Rules for me, and then tucked his tooth beside his bed in anticipation of a Tooth Fairy visit and trade. He got his $2 coin, and again was absolutely over the moon.