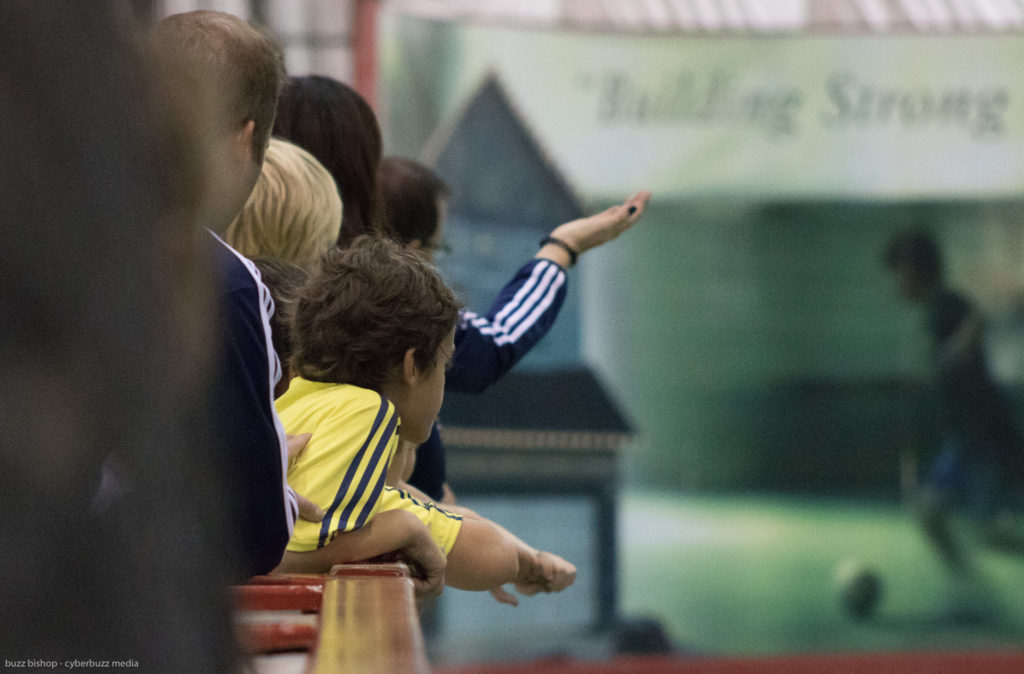 My #DadGoals of having my kids in competitive soccer was to be able to see them score a goal in a game.

I grew up playing hockey. Zacharie and Charlie have never wanted to play, but they do enjoy soccer. Awesome. When I played hockey, I was goalie so I have never scored. I want to live that dream vicariously through my sons. Just once I want to see them be the star of a play and put one in the back of the net.

I’ve watched a cumulative 9 seasons of soccer between my sons .. I’ve never seen them score in a game. Not once.

Yesterday, Charlie’s team pounded in 9 goals. The family beside us saw their son put in 4 or 5 of them. They politely clapped and cheered with each one, but it didn’t seem terribly special to them. After 4 years of watching their son play soccer, it felt like they had seen him score dozens of goals.

Meanwhile, I’m sitting on witnessing 0. I was jealous.

Last year Zacharie almost scored. He pressured, he had a shot and it squeaked just wide. His disappointment was obvious. So was mine. 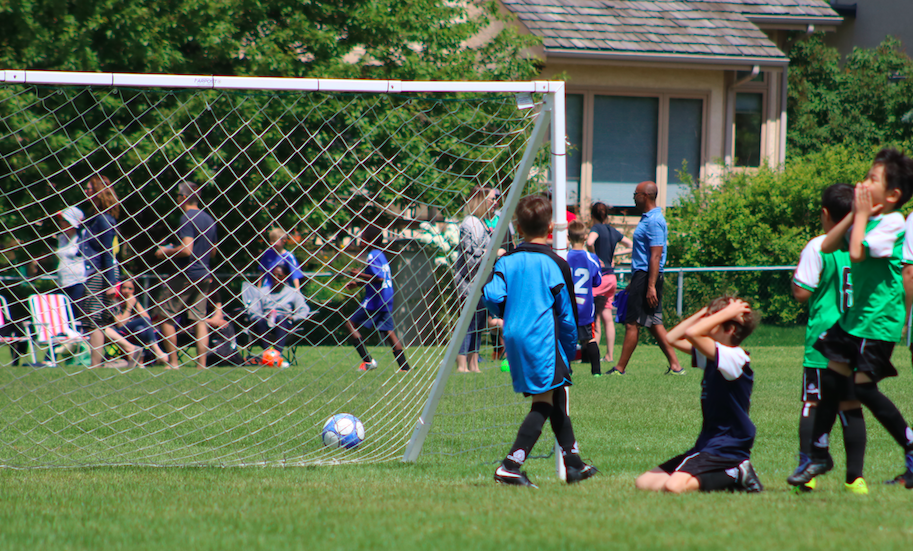 Sitting on a 0, I wasn’t expecting much when Zacharie (number 5 in yellow) took the ball off a defender early in his first game of the new season and streaked in alone on the goalie. 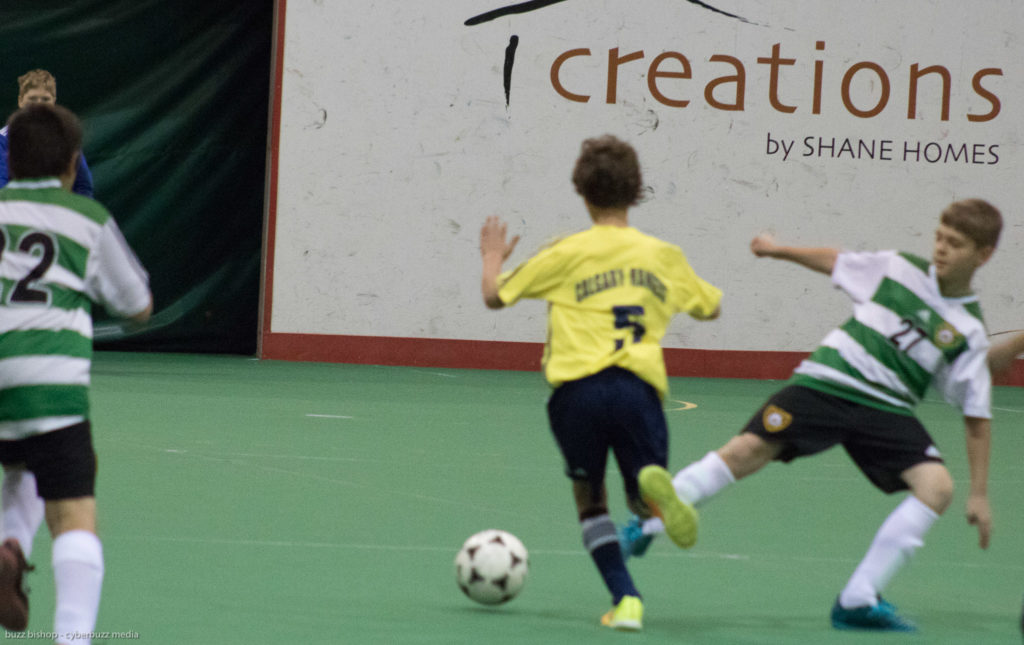 And then he did what I had never seen before. 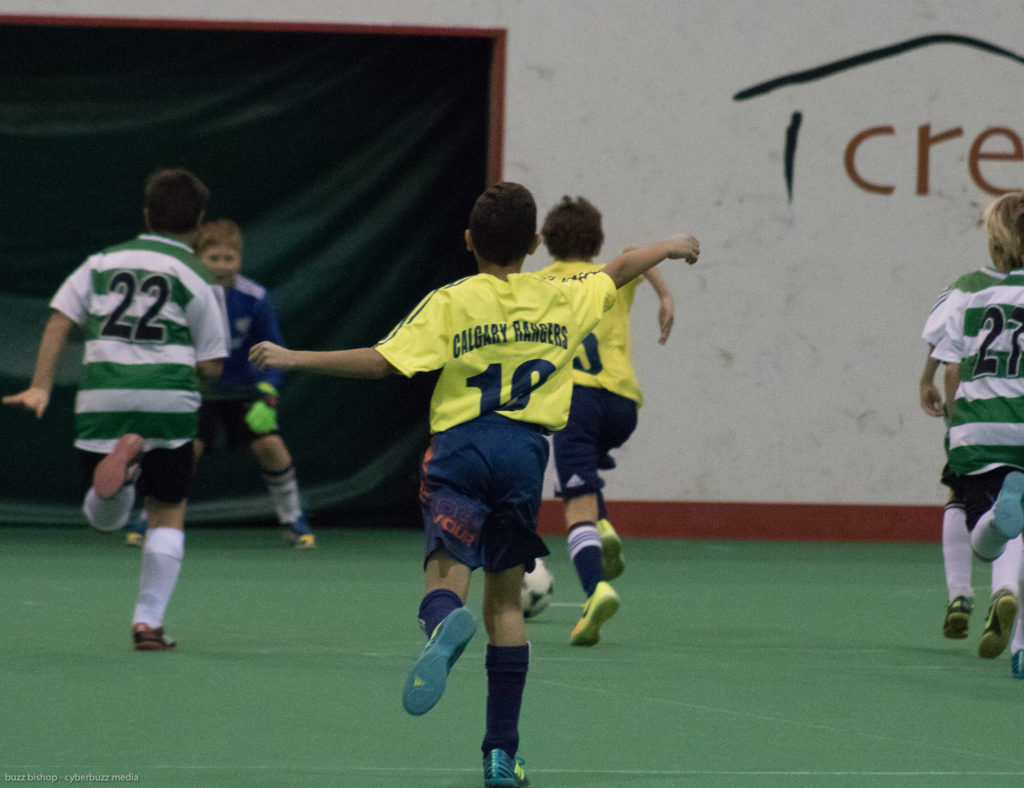 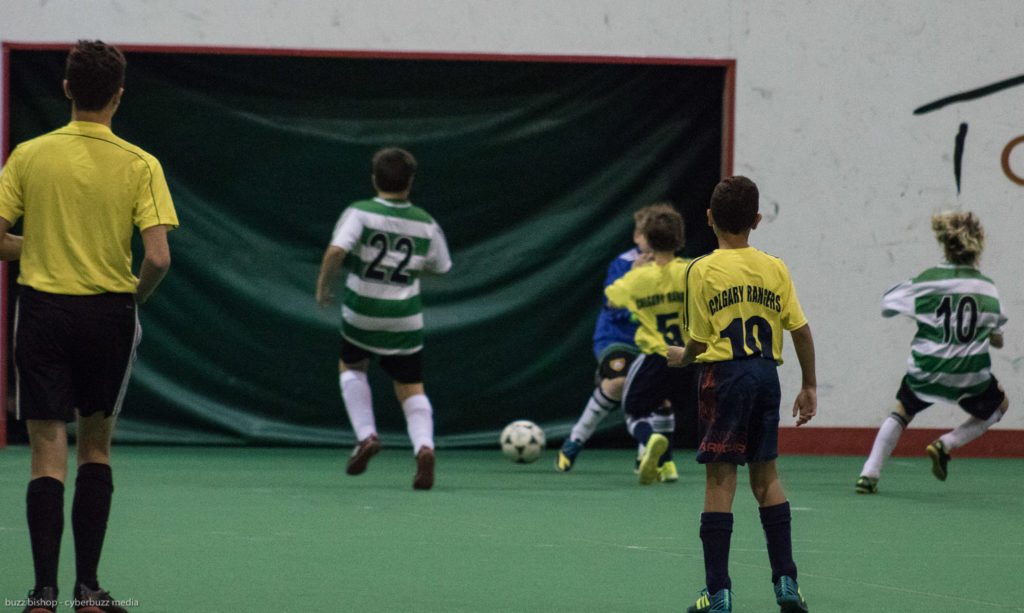 And acted like he had done it a hundred times before.

No scream. No arms up. Just a casual “that’s right, I did that,” kind of swagger. 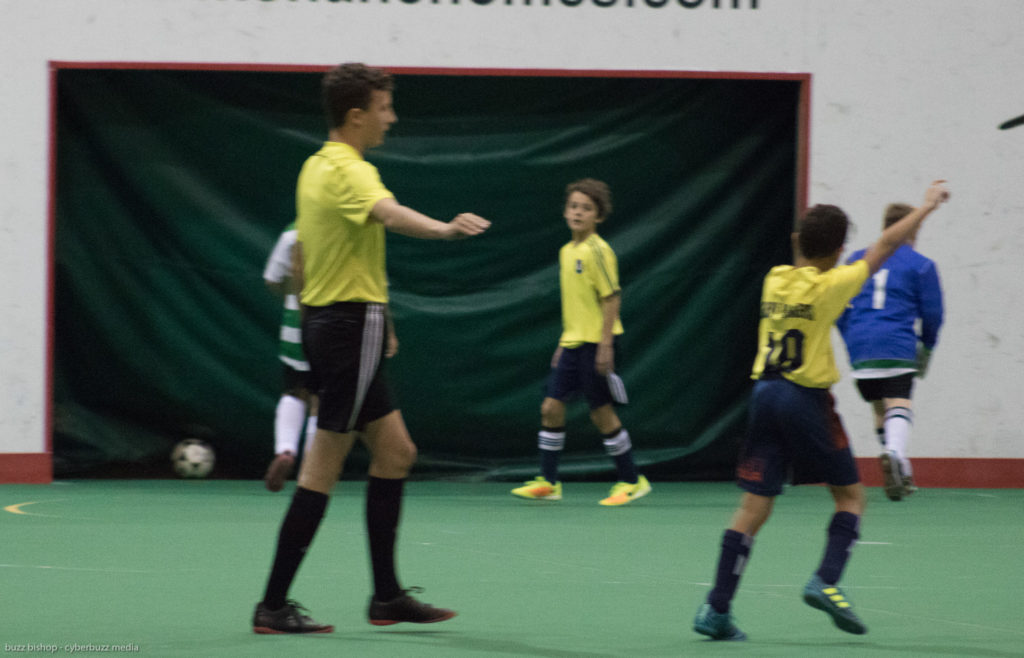 I was ZOMG in the stands watching it unfold through my camera lens. I immediately texted my wife. And when Zacharie went off on a change, I started hurriedly transferring the photos to send her.

While I was face deep in my phone, I heard the crowd erupt and looked up. There was Zacharie beaming in front of a dejected goalie.

Make it a second goal. 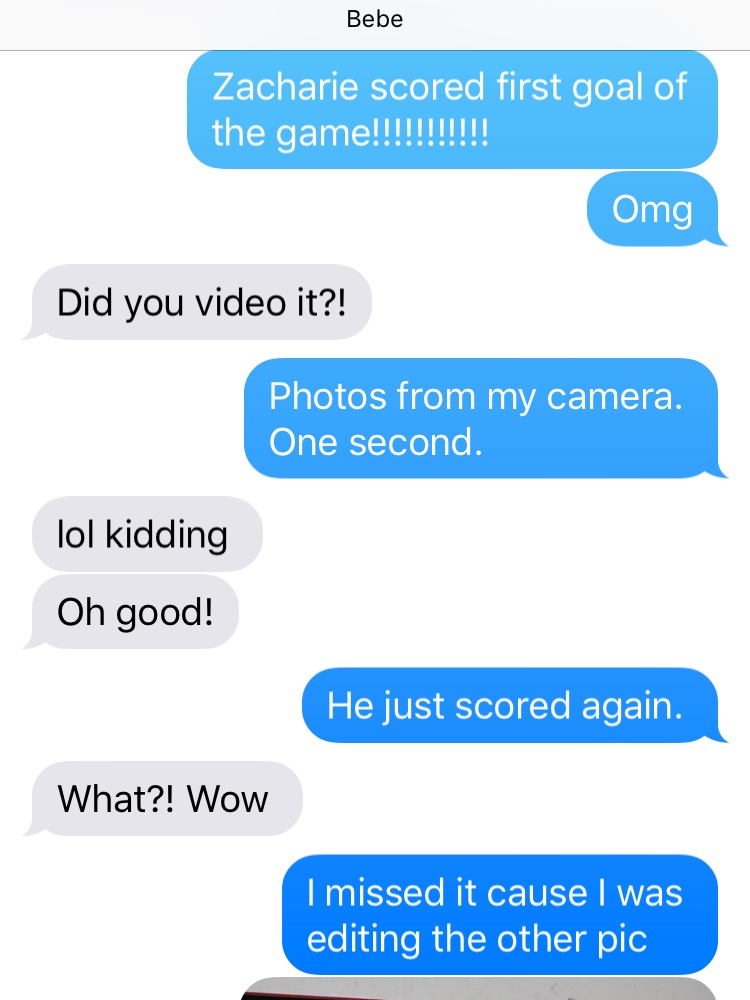 I hadn’t expected Zacharie to play forward. The past few years he’s played defence, so I was positioned at the back of the play to take my photos. After seeing him get two so quickly, I moved to the front to get more aggressive shots of his play.

And there he was again. Picking a bouncing ball off a defender 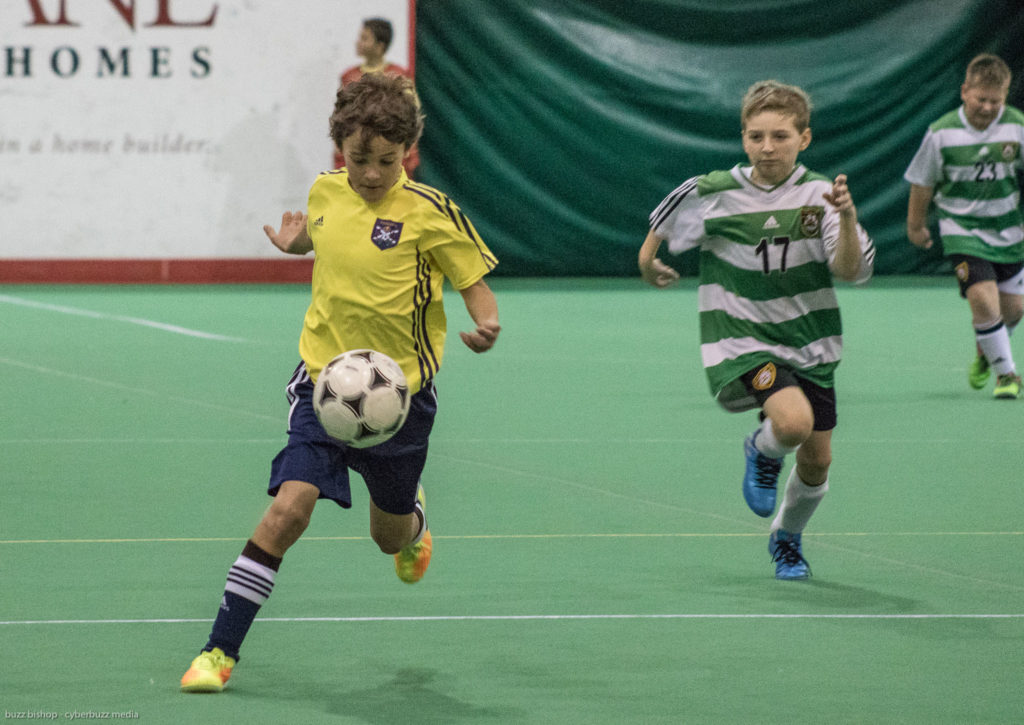 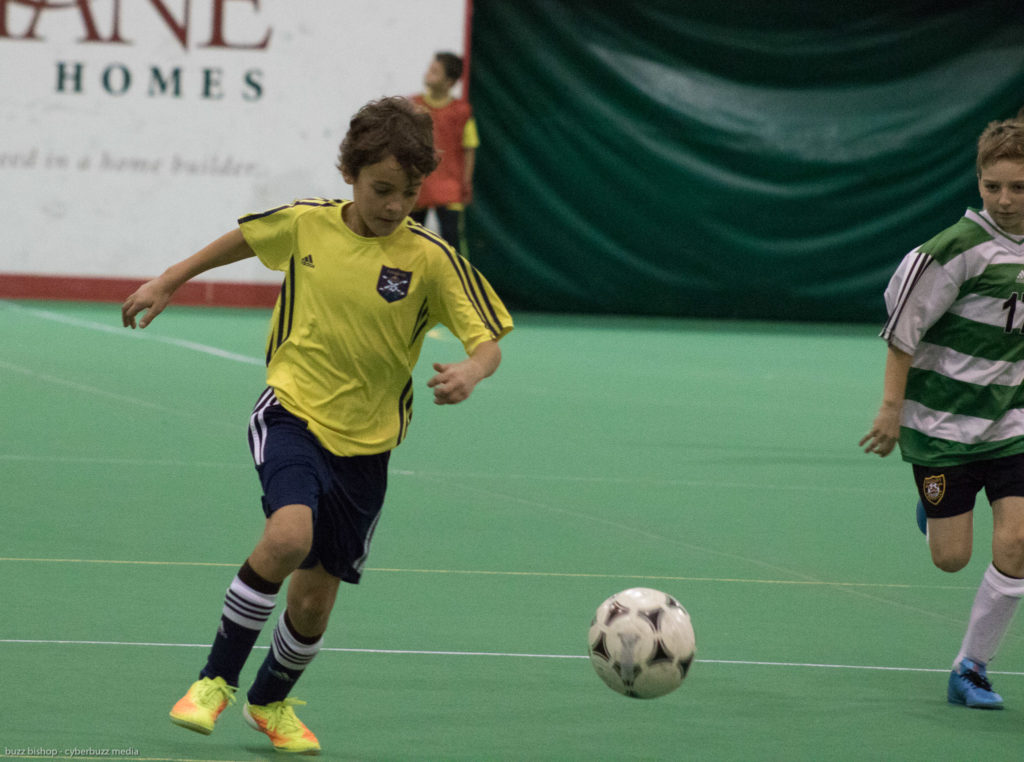 taking a look up at the goalie 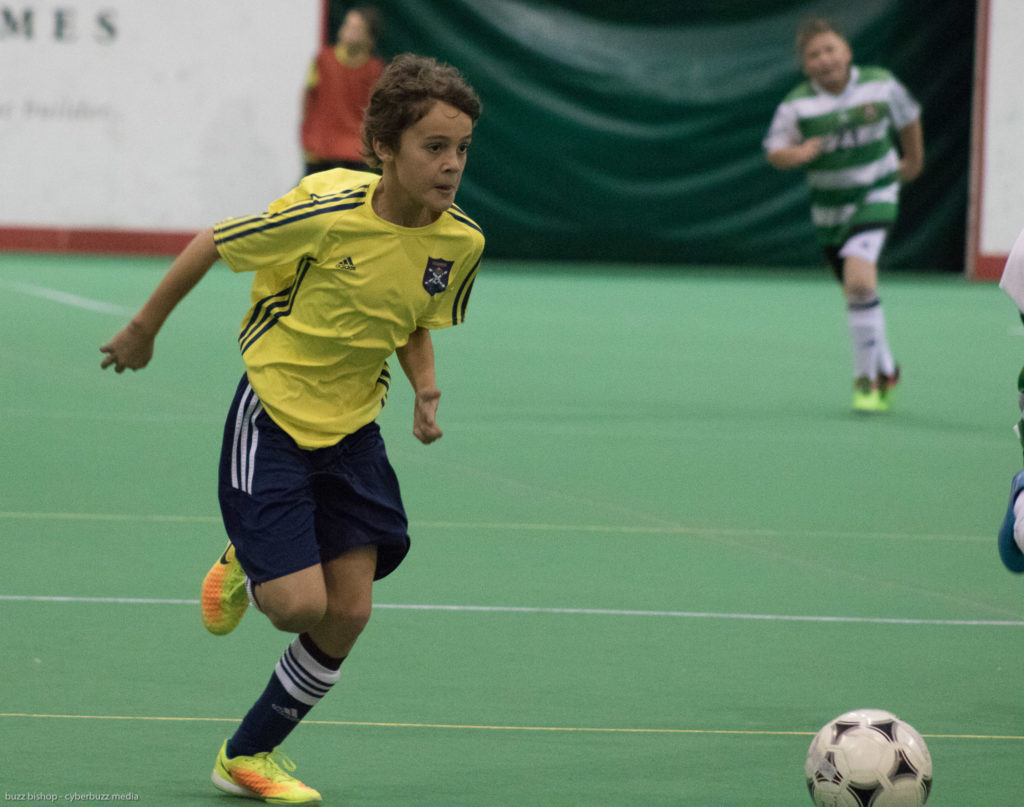 and pounding it off the wing from a dozen yards out. 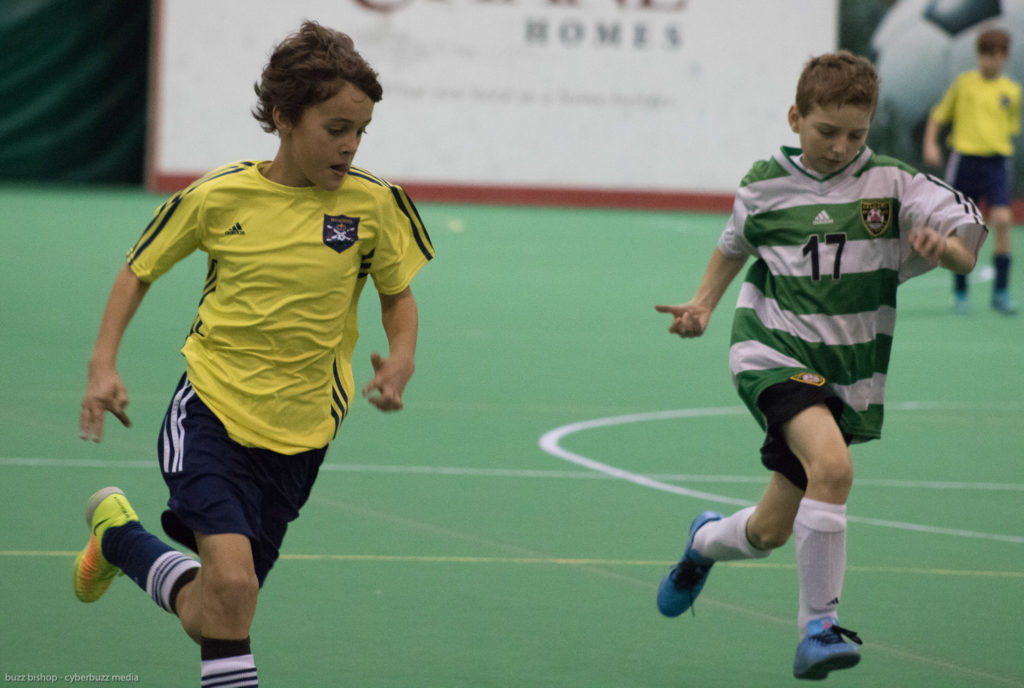 The son who had never before scored in a competitive soccer game, scored all three goals for his team. 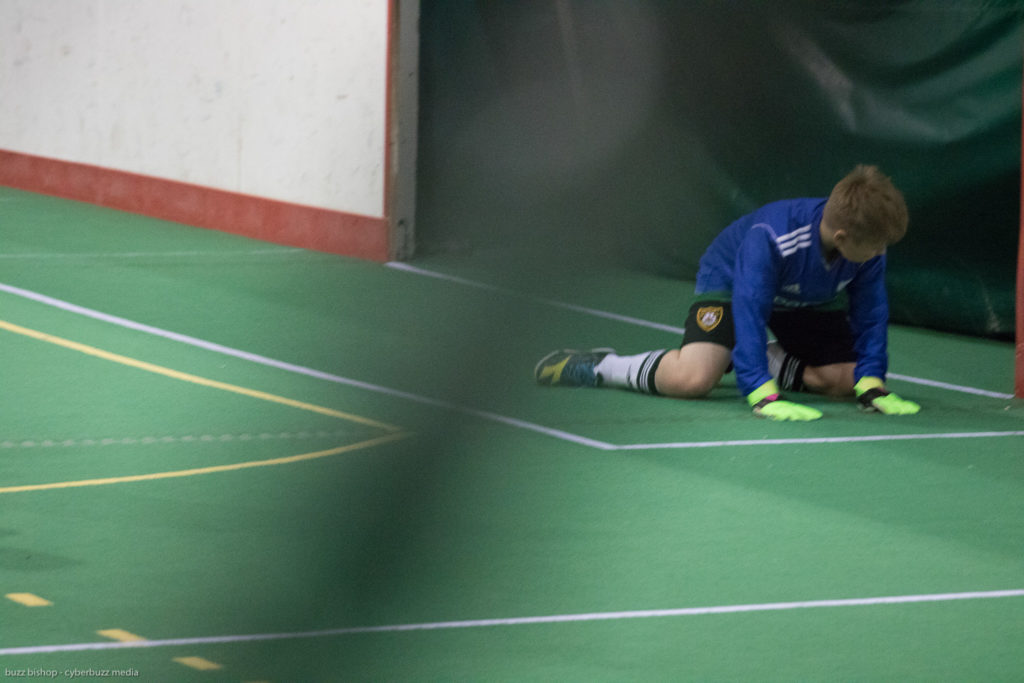 A tear welled up. I was so tickled. So proud. So .. wow, I hope that feeling never gets old. 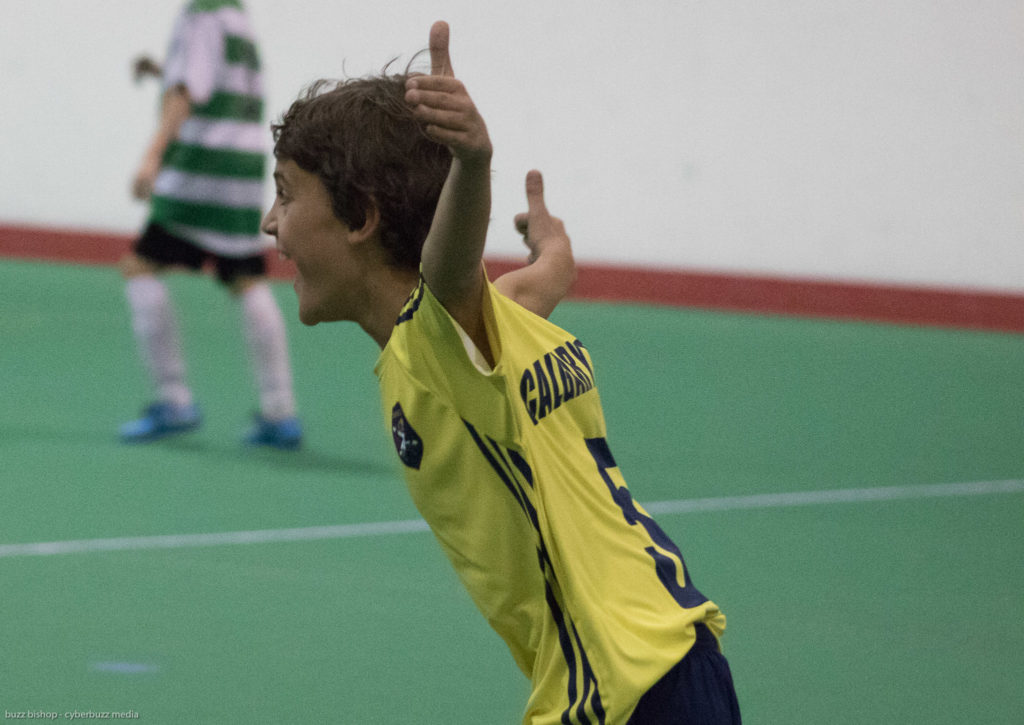 That feeling of seeing your kid soar higher than you had ever thought possible.

That feeling of watching your kid achieve their goals.

That feeling of watching that little piece of your soul running around in the world succeed.

I never want it to end. 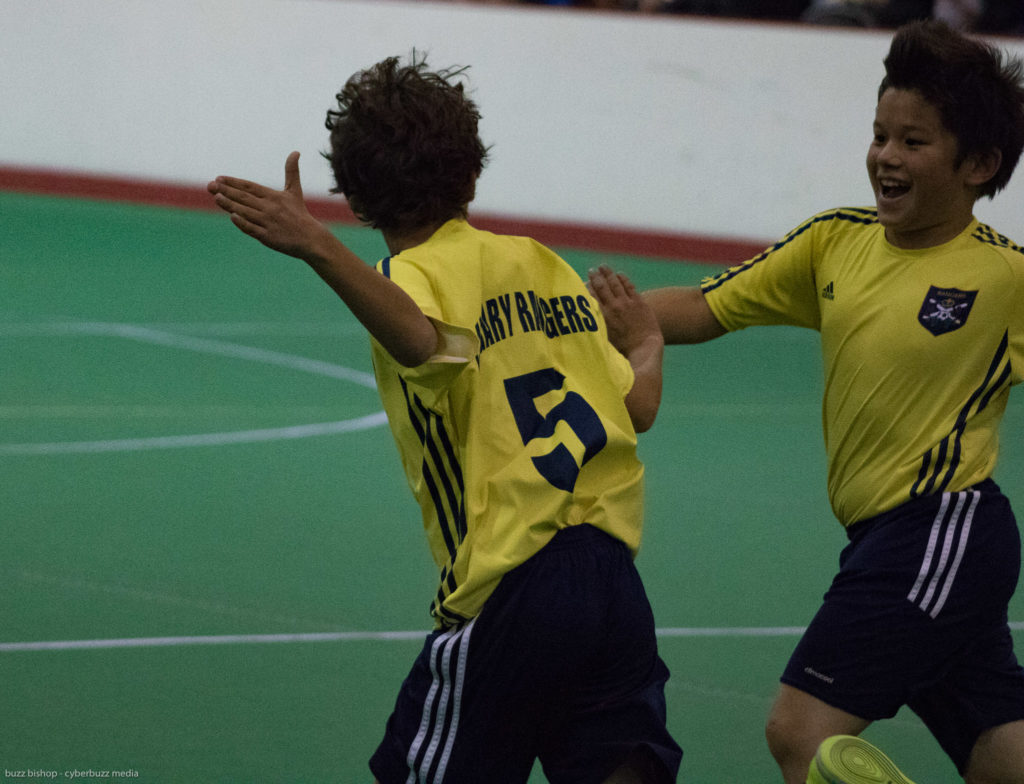 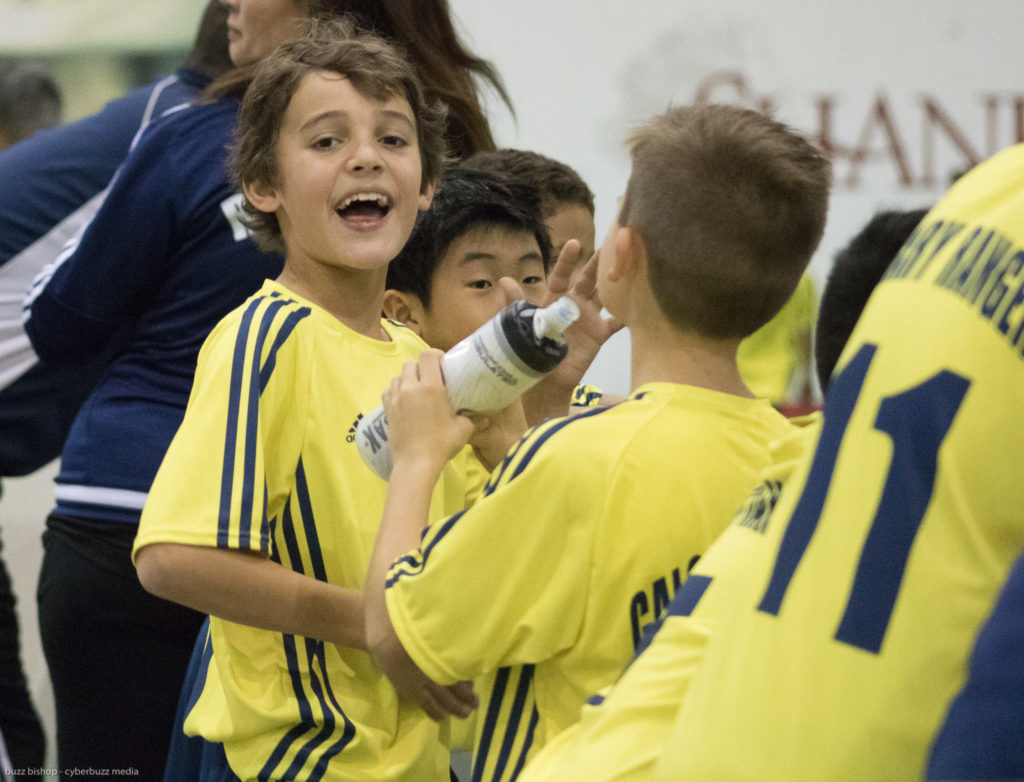 For the second half, Zacharie moved to defence. He’s in a lower division, so everyone rotates around to better learn the game.

He played it with the same intensity he had played with up front. 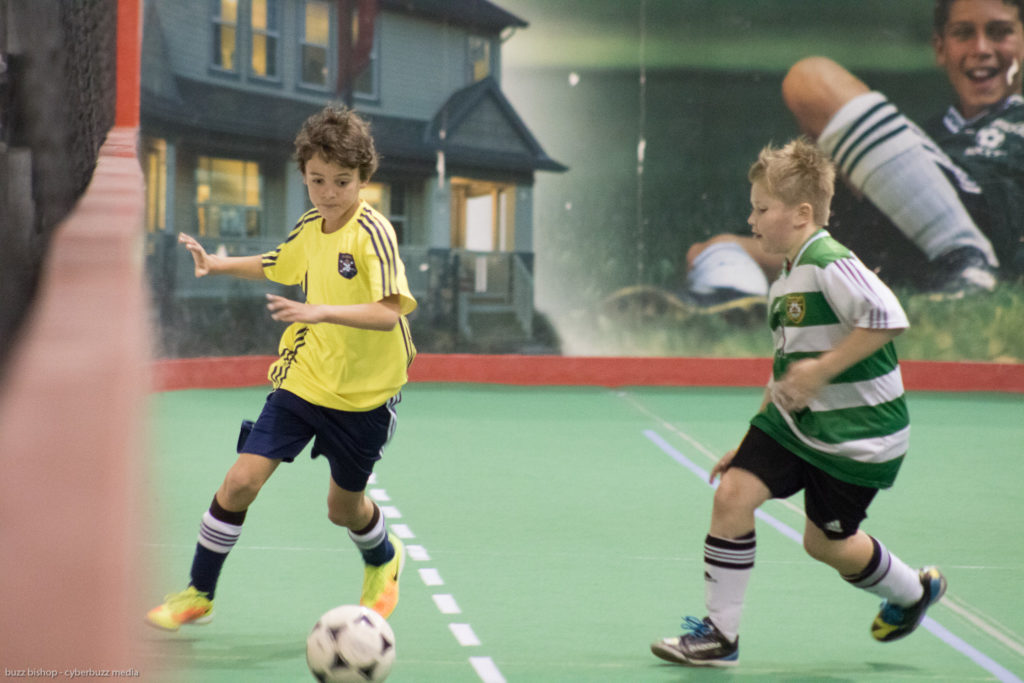 He challenged players hard. He came out with the ball. He chased attackers down. 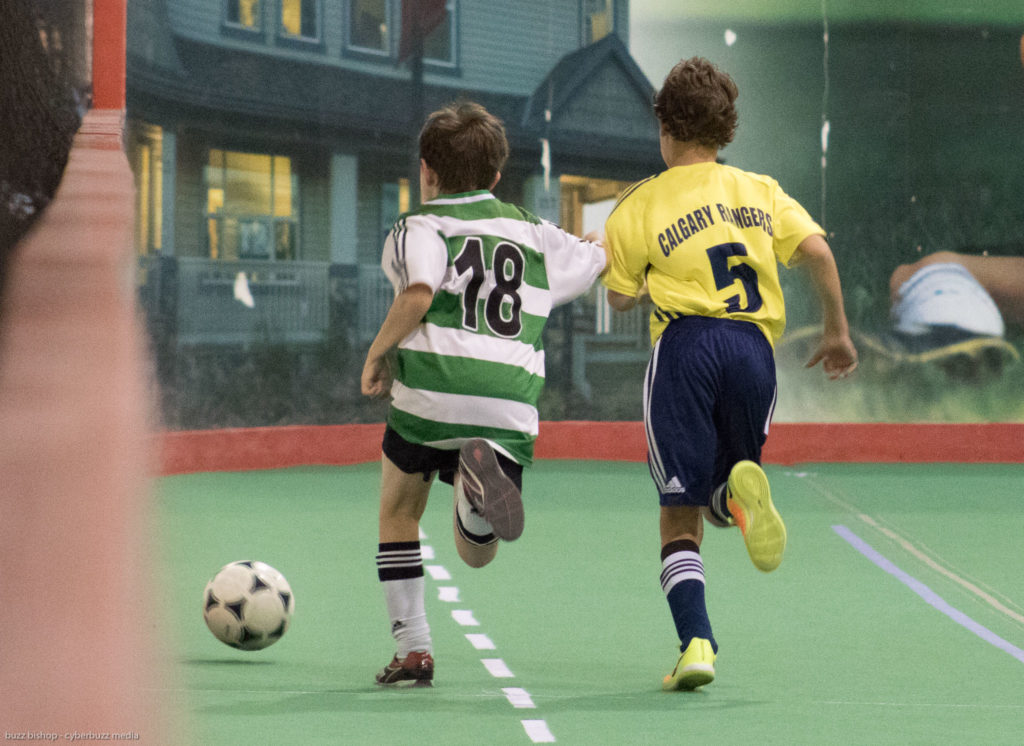 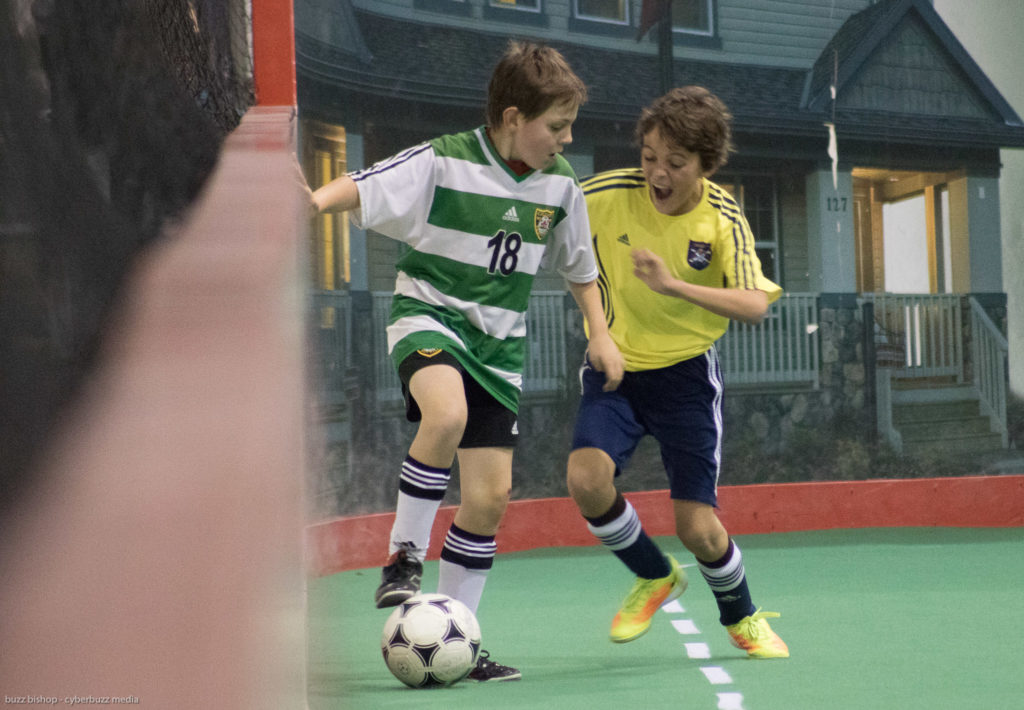 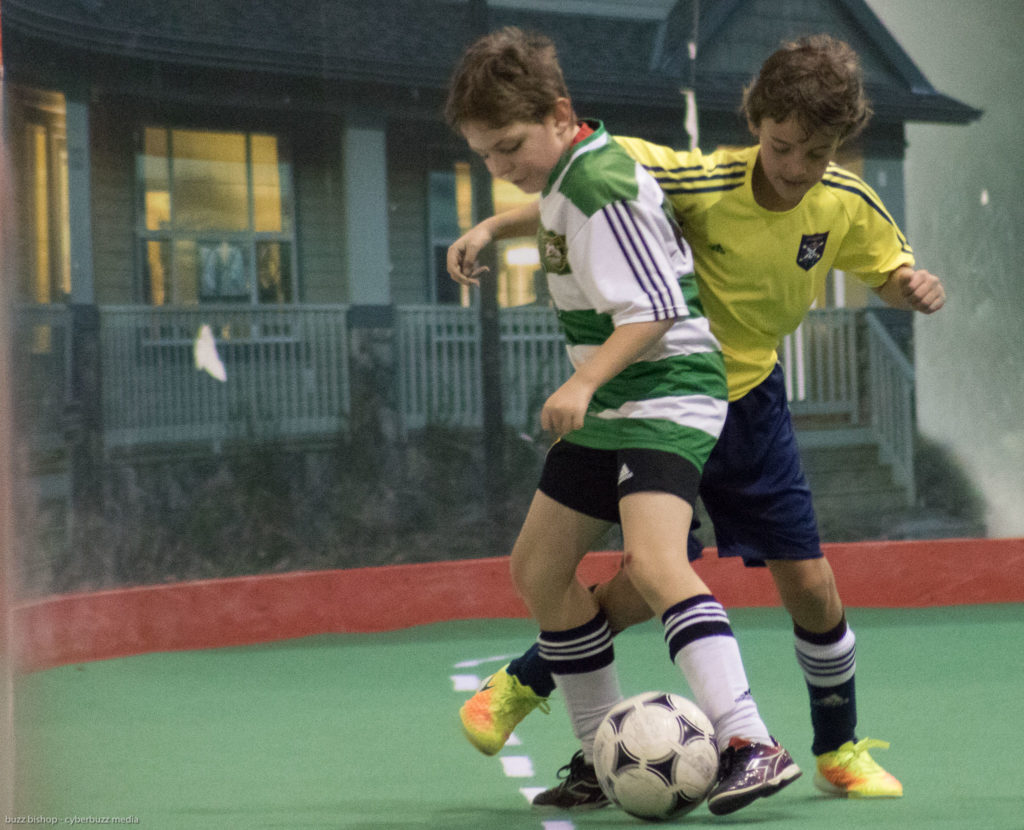 I have no illusions of him becoming the greatest, but for 40 minutes on a Sunday afternoon in a soccer dome in suburban Calgary, he was to me.

And I finally got to see my son score. Achievement unlocked. 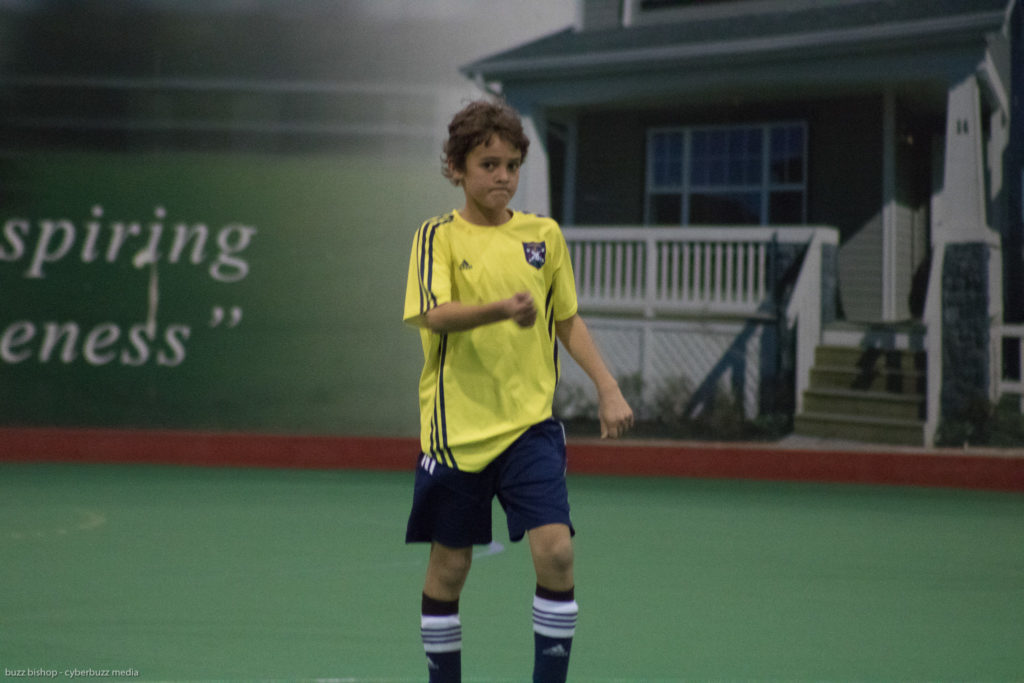