[twitter]This blog may be called DadCAMP, but it’s not because I’m a camper, or run a summer camp (like these people). I called it DadCAMP as a play on BarCamp, CupcakeCamp, DemoCamp, and other cool unconference style meetups that young tech enthusiasts were having and I could never attend because kids.

So I created DadCAMP as a way for Dads to get together WITH their kids, and do some networking. It worked wonderfully well in Vancouver, I haven’t put as much energy into organizing meetups in Calgary, and so this has drifted into a ‘traditional’ Mommy/Daddy blog.

She’s one of those people that regards camping as paying to pretend to be homeless. “Why would you do that?” she thinks. I look at camping as a way to spend unplugged, adventurous time with my boys. We camped a lot when I was a kid, and even though I may not be particularly “good” at camping as an adult, I’m aspirational about it try and I enjoy it.

I’ve even got myself registered for a seminar on how to be prepared and have fun camping through Camper’s Village! 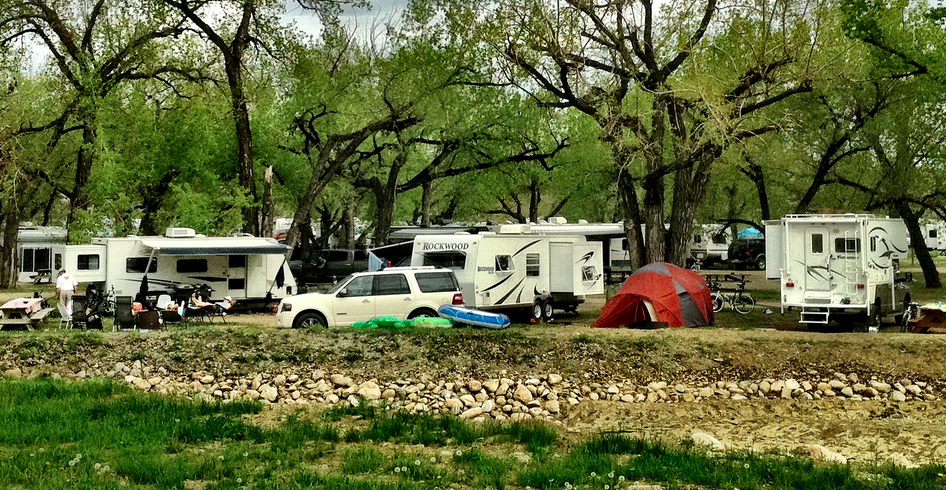 Here’s the DadCAMP Schedule for Summer 2013:

May Long Weekend: Little Bow Provincial Park
I’d predict there is a better than 70% chance it will snow or be very cold on the May long weekend in Alberta. That’s just how it is on the prairies. I avoided the mountains, and found a campground that has a playground, canoes, fishing, and more. I just hope it doesn’t snow.

Father’s Day Weekend: Dinosaur Provincial Park
This is Zacharie’s favorite campground. It is in the heart of the badlands and features a great hike through the hoodoos including actual dinosaur fossils still in the rock. My wife may, or may not, attend this trip. I persuaded her by telling her about the full concession that serves pancake breakfasts in the morning. We’ll see if she bites.

Mid July: Brewer’s at Apsen Beach Provincial Park on Gull Lake
I really enjoyed our camping at Crimson Lake 2 years ago. It was a beautiful place. I wanted to go back this year, but it is being renovated. I had friends recommend Gull Lake as a great place for kids because it is shallow, and has a long beach. Booked.

Mid July: Waterton Lakes National Park
This is bucket list material. After two summer trips to Montana the past couple of years, I’ve seen the towering mountains of this park and wanted to go. Bucket list check.

August Long Weekend: Lake Louise
The only two-nighter I’ve reserved so far. I’m hoping this is a family affair that will see hikes to the Plain of Six Glaciers, Lake Agnes, and daytrips canoeing on Lake Louise, out to the spiral tunnels, or up to the Columbia Ice Field. I don’t think I’ll tell my wife we have to camp inside an electric fence to protect tenters from the bears 😉

In year’s past, I would decide late in the week I wanted to go camping that weekend, and it was always a scramble to try and find a site that had room. Sure, you could go to a ‘first come first serve’ campground, but the good ones are always full early and I didn’t want to drive for a couple of hours to find out they’re full. So I am planning ahead and knocking off some places from the bucket list. 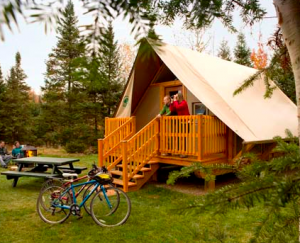 There is hope Jennifer will join us on one or two of the trips. I also have my eye set on booking an oTENTik (right) in Jasper for August.

oTENTik’s are canvas cabins, for lack of a better word, and offer the kind of camping experience my wife is more favorable too. There are only 2 so far in Jasper, and they’ve been booked for the weekends I’ve wanted. I called Parks Canada and they said more are being built, but they won’t put them up for reservations until they are ready.

Have you thought about where you’re camping this summer?

Read How To Reserve Campsites in Alberta.

Here are the Kid Friendly Campgrounds Near Calgary that Zacharie and I have visited so far.