It was like being backstage at the Emmys, or Oscars, or Golden Globes, or some other star-studded affair.

It's not every day you get a chance to tong wrestle slices of roast beef with @aplusk. Today was one though.

The next you’re grabbing a selfie with Tituss Burgess.

My day is made. Thank you for saying yes, Tituss! @titusssawthis #kimmyschmidt #streamteam

The next you see Krysten Ritter swarmed with paparazzi while you wait for your airport car.

That’s life in Hollywood, baby and, for a day, it was my life.

The TCA is the Television Critics Association and for a few weeks every January, they set up shop in the Langham Hotel in Pasadena while every television network parades their stars across the stage for interviews. One day it’s NBC, then CBS, then Fox, then the CW, then then then then. A dozen members of the Netflix Stream Team were invited down for Netflix day, I was one of them.

The stars were out in full force, and for a few hours I was one of them. 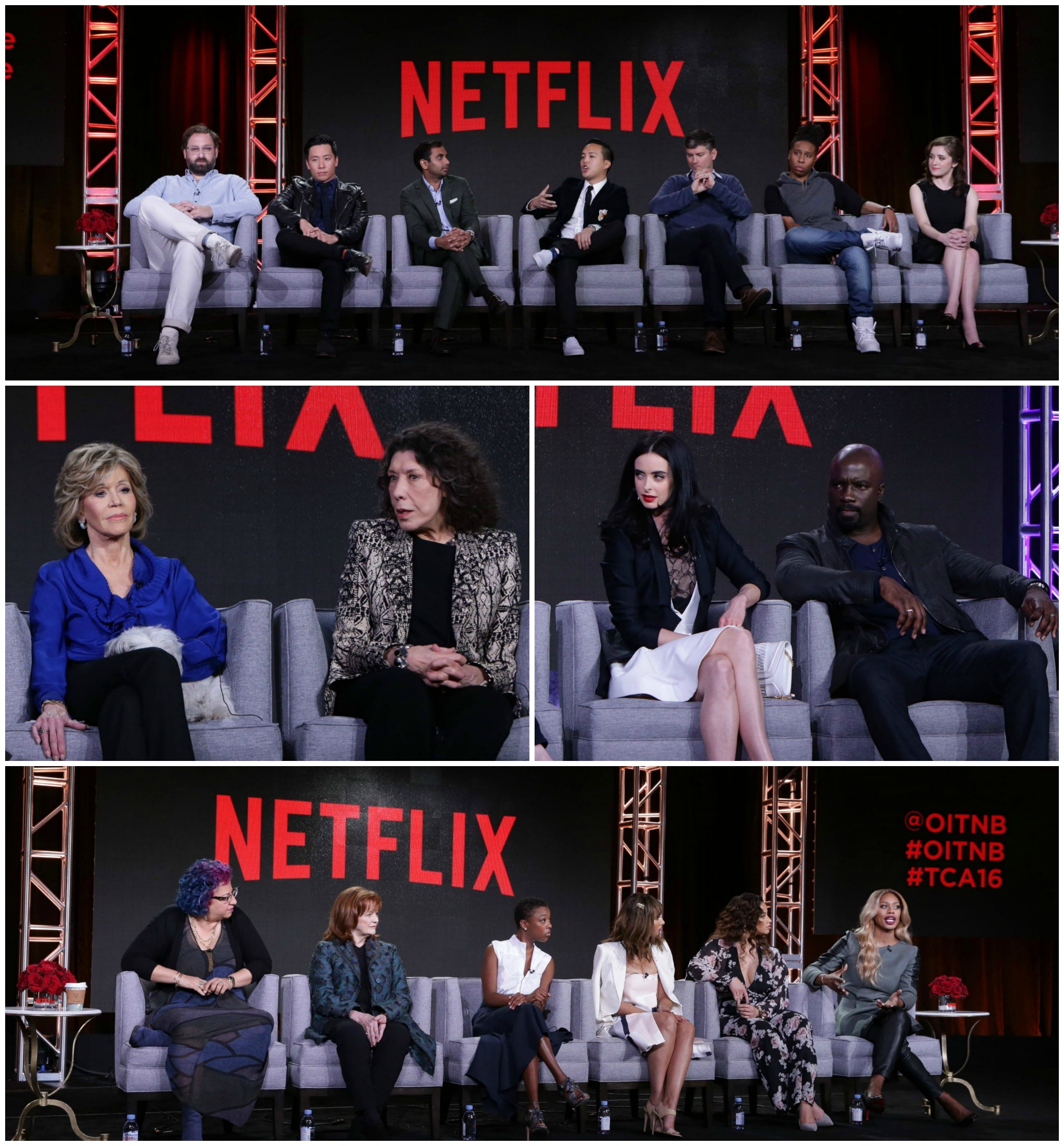 Back in 1993 I went to the Juno Awards in Toronto. I tripped Tom Cochrane as he went to find his seat, chatted with the Barenaked Ladies in an elevator and stalked Alanis Morissette in the lobby. For the 20+ years since I’ve interviewed Spice Girls, Puff Daddy, Mick Jagger, Britney, Christina, Gaga, and more. So I get what it’s like to be around celebs, and I understand that they’re “just like us” (with better wardrobe, hair, make-up, and bank accounts) but it’s still fun to see celebrities being ‘real.’

They have roast beef at buffets, they get lost trying to find the bathroom, and they goof off on the set of House of Cards just like all the bloggers and media did.

The reason of my trip was to meet the cast of Fuller House. The Full House reboot is part of a push by Netflix to move into family viewing. They’ve successfully executed edgy dramas, comedies, and documentaries. Now, to really make you want to cut the cord, they’re finding something for the family.

We got to have a few minutes with them in a quieter, more intimate press setting. I chatted with Andrea Barber about her friendship with NKOTB, with Candace Cameron Bure about those first moments coming back on set, and with Jodie Sweetin about being a set mom to the next generation of kids on the show.

And then I ran to the House of Cards set to pose for a picture. Because, for a day, I was one of them.

Fuller House debuts on Netflix on February 26, I’ll tell you more about those interviews closer to showtime.

Disclosure: I was a guest of Netflix at the TCA and I’m a member of the Netflix Stream Team.