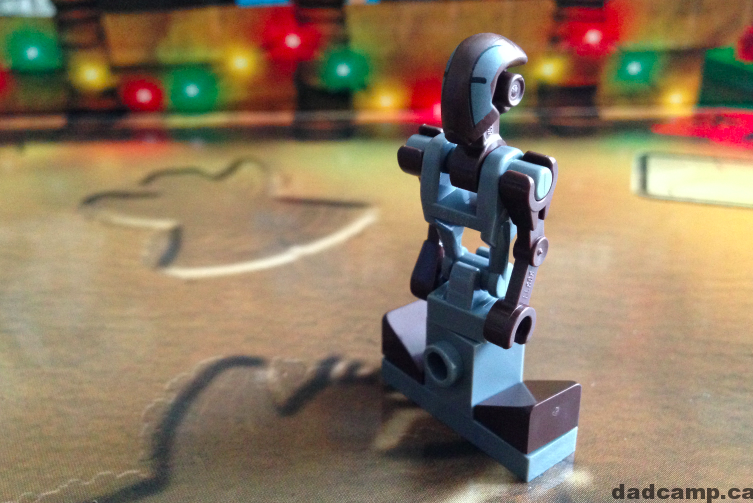 [twitter]It was a blizzardy morning today and with the boys home from school (again) another chance to build LEGO for breakfast was relished.

Zacharie took his time building FA-4 and again we had some left over pieces to add to our big bucket of LEGO.

“FA-4, also referred to as Dooku’s Pilot Droid, is a minifigure based on the droid from the Star Wars universe. One such droid was the personal pilot of Count Dooku’s Solar Sailer.”

According to Star Wars Wikia:

“The FA-4 pilot droid was a model of wheeled pilot droid in operation during the last decades of the Galactic Republic. It was the predecessor of the FA-5 valet droid, both of which were produced by SoroSuub.”