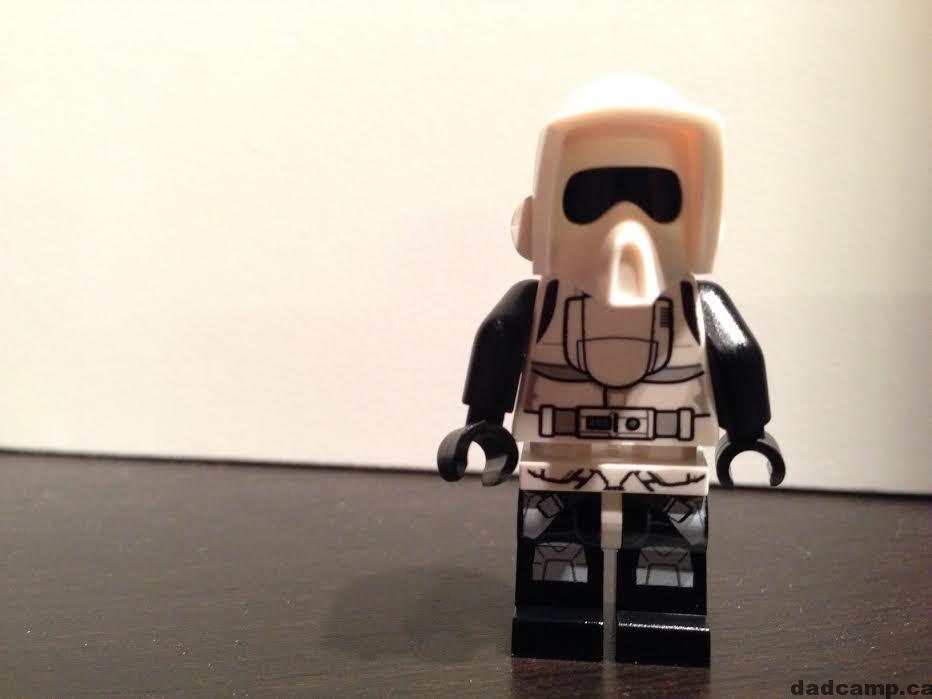 The Scout Trooper appeared in Return of the Jedi racing speeders through the giant redwoods of Endor.

via Wookiepedia
“Scout troopers were specially trained soldiers of the Imperial Stormtrooper Corps. As light-armored variants of the Imperial stormtroopers, scout troopers were specifically trained for activities too complicated for regular infantry troopers. As such, they were exceptional additions to the Imperial Military as reconnaissance troops, spies and survivalists. They were especially excellent marksmen, and thus they were regarded as the finest snipers in service to the Galactic Empire. Hence, they were particularly useful as assassins.”

“He says “WHAT THE HECK!?” when he sees an Ewok,” Zacharie explained. The rest of the morning featured live play at the breakfast table with our scout trooper popping behind breakfast items and exclaiming “what the heck?!” 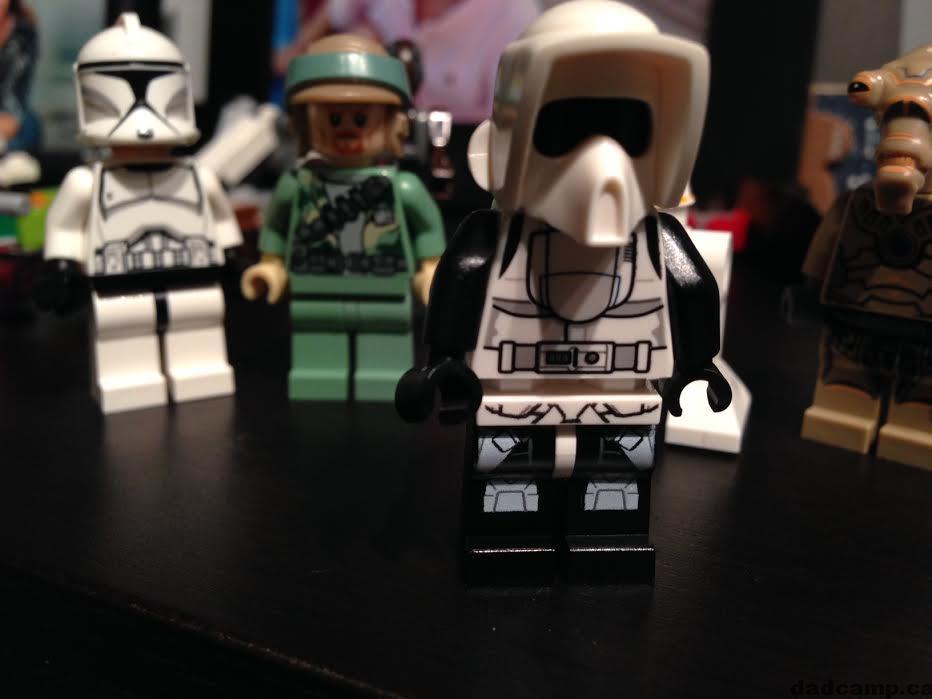