[twitter]If you told me this was a LEGO mini-build of an Antonov, I would have bought it. Running out to see the biggest plane in the world take off from YYC was one of the coolest things we’ve done with the boys, but this Star Wars Advent Calendar build was not that huge plane.

Padme’s Naboo Star Skiff sure looks like that big plane, though. It was Zacharie’s turn for the build and he whipped it up in no time.

via Wookiepedia
“The J-type star skiff (sometimes called the Naboo star skiff) was a yacht starship created by the Theed Palace Space Vessel Engineering Corps for the Royal House of Naboo. It was referred to as a star skiff due to its primary purpose as a passenger transport, a role often shared by the common repulsor lift surface vehicles known as skiffs.” 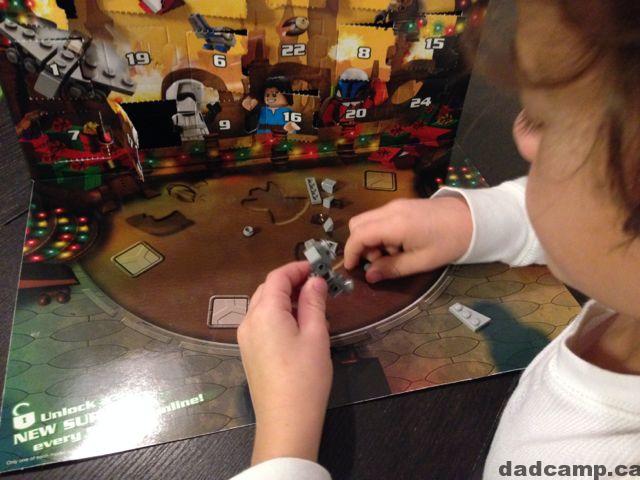