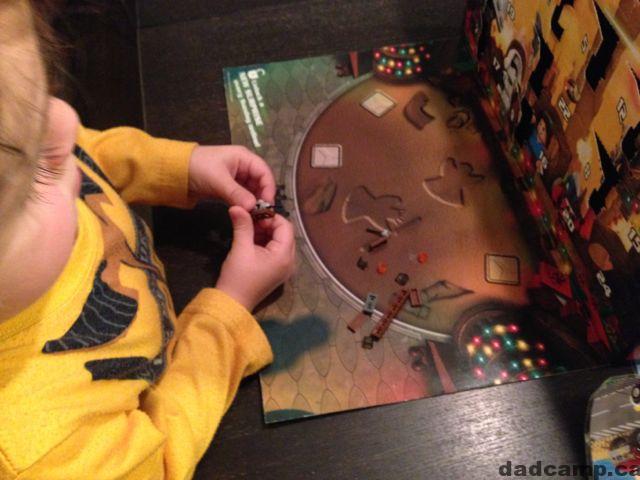 [twitter]When we first start building out the 2013 Star Wars LEGO Advent Calendar, I hovered over each boy as they built the day’s mini-build to make sure they “did it right.”

I’ve since stopped the hovering. I’ll help them rip open the door with their tiny fingers, I’ll dump the pieces from the plastic bag on the game board, and then I’ll walk away. If they can’t figure something out and ask for help, I’ll chip in, otherwise I’ll leave them to the simple instructions to try and figure it out.

And wouldn’t you know it? They pretty much nail it every single time. Helicopter dad for the fail.

via Star Wars Wikia
“During the Clone Wars, these small, speedy craft would see service with the naval and land forces of the Confederacy of Independent Systems in a small number of key battles, including the campaigns of Sev’rance Tann and the Battle of Muunilinst, as well as the Battle of Geonosis itself that saw the opening shots of the galactic conflict.” 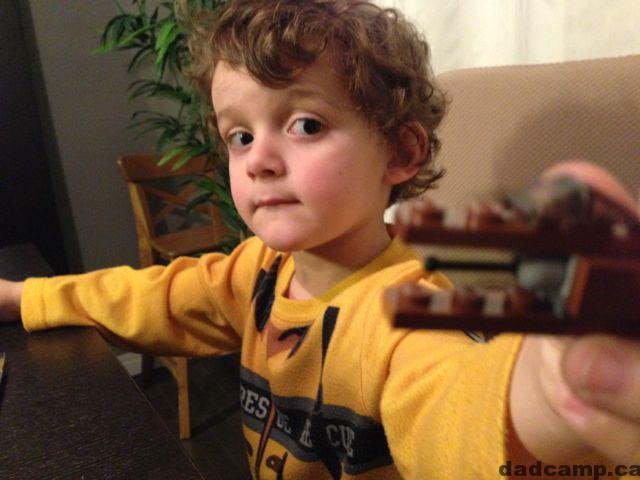 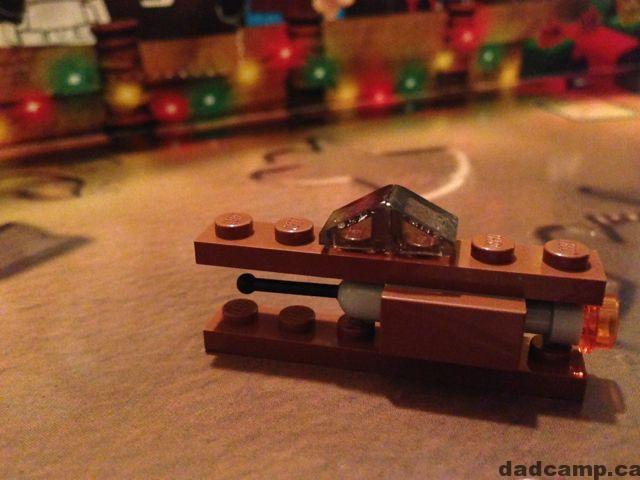