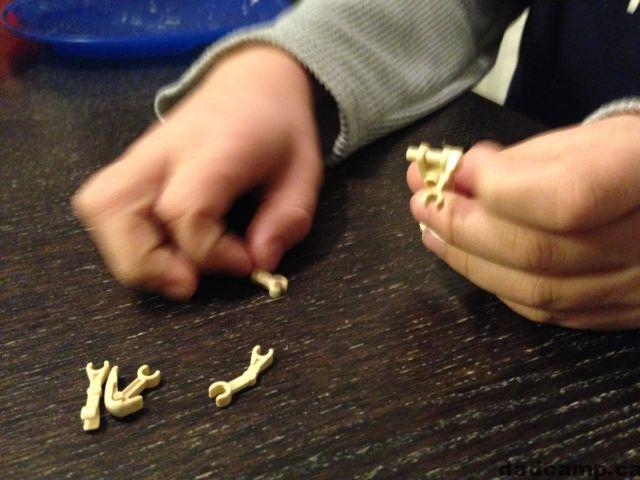 [twitter]Each morning, the boys ask “is this from the light side or the dark side, Daddy?”

It seems a lot of the selections have been from the dark side this year, and the battle droids served up in door number 13 of the Star Wars LEGO Advent Calendar are no exception.

via Wookiepedia
“A battle droid (also referred to as war droid or killer droid) was any droid designed for combat.
There were numerous types of battle droids. They predated the Galactic Republic by thousands of years, with the earliest known being Rakatan ancient droids and the war-robots used by Xim the Despot.

Many of the best known battle droids were those used by the Confederacy of Independent Systems during the Clone Wars.

At the end of the Clone Wars, Sith Lord Darth Vader turned off the Master control signal, deactivating most of the Separatist Droid Army. After this, battle droids were extremely rare.” 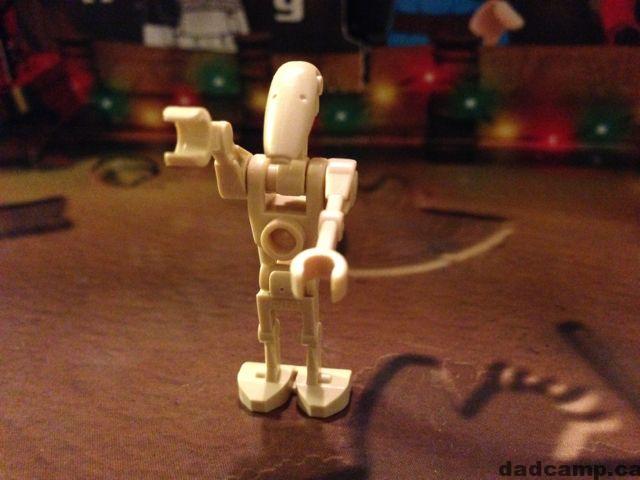