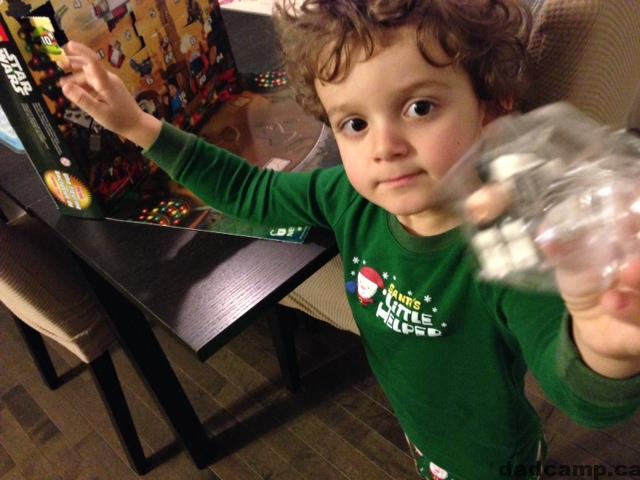 [twitter]LEGO isn’t cheap. We know this. The 2013 Star Wars LEGO Advent Calendar will set you back about $50 depending on where/when you bought it.

Add up the minibuilds behind the 24 doors and you start to see why it costs this much. For example, today’s Clone Trooper Minifig sells for $5 if you buy it a la carte.

The entire 2013 Star Wars LEGO Advent Calendar has 249 pieces. Or it works out to 20 cents a brick. Compared with GeekDad’s LEGO calculator that puts prices well under 10 cents a brick. We’re paying a premium for this fun, that’s for sure. 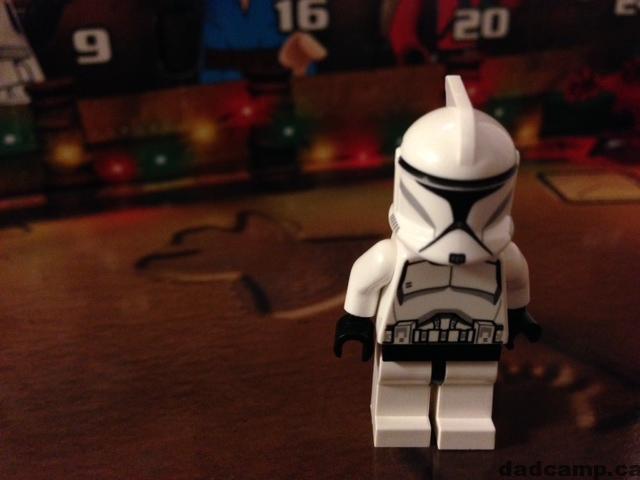 From Star Wars Wikia
“Clone troopers were an army of identical, genetically-modified clones, created to serve in the Grand Army of the Republic during the full-scale intergalactic conflict that came to be known as the Clone Wars. Grown at an accelerated rate and raised in the laboratories and facilities of Kamino, the clone troopers were trained throughout the first ten years of their lives to become one of the most efficient military forces in galactic history. Bred for the sole purpose of combat, the clones were indoctrinated with unwavering obedience to the Galactic Republic and—more specifically—their Commander-in-Chief, the Supreme Chancellor.”