Yes, I went there.

A 2018 Kal Tire study showed on average only 50 percent of drivers in Alberta, Saskatchewan and Manitoba planned to use winter tires. Yet on average, half of the drivers in these provinces said they regularly face severe winter driving conditions (i.e., heavy snow and ice) in which studded tires can make the most difference.

So if you’re swapping out this seasons for winters, maybe you might want to think about getting yourself some studs.

I spent some time at Kal Tire recently (in an early October snowfall no less) to chat with Bill Gardiner about some of the advancements in studded tire technology.

With nearly half of Prairie drivers surveyed in a Kal Tire study saying they regularly encounter hard-packed snow and ice, Kal Tire is educating drivers about how the latest studded winter tire technology delivers superior winter braking and cornering while improving ride comfort and road impact.

Some studded tire manufacturers now employ a cushioning design to dampen both the sound and impact. One studded tire model uses a soft layer of rubber between the tire and the stud base that acts like a spring to reduce the impact of the studs on pavement.

Many tire makers have increased the number of tread blocks and changed the placement of studs from symmetrical rows to being spread out across the tread face.

Third-party testing performed as part of Kal’s Tire Testing showed on ice, from 30 kilometres an hour, a studded five-star winter tire stopped in 19.7 meters; and the average 3-season stopped in 32.3 m.

Fact: Stud life is longer than ever

“In the old days, studding was done by hand with a gun that was much longer, bigger and heavier, and if the stud wasn’t all the way in, it would pop out, but most of the tires we sell today are factory studded.” 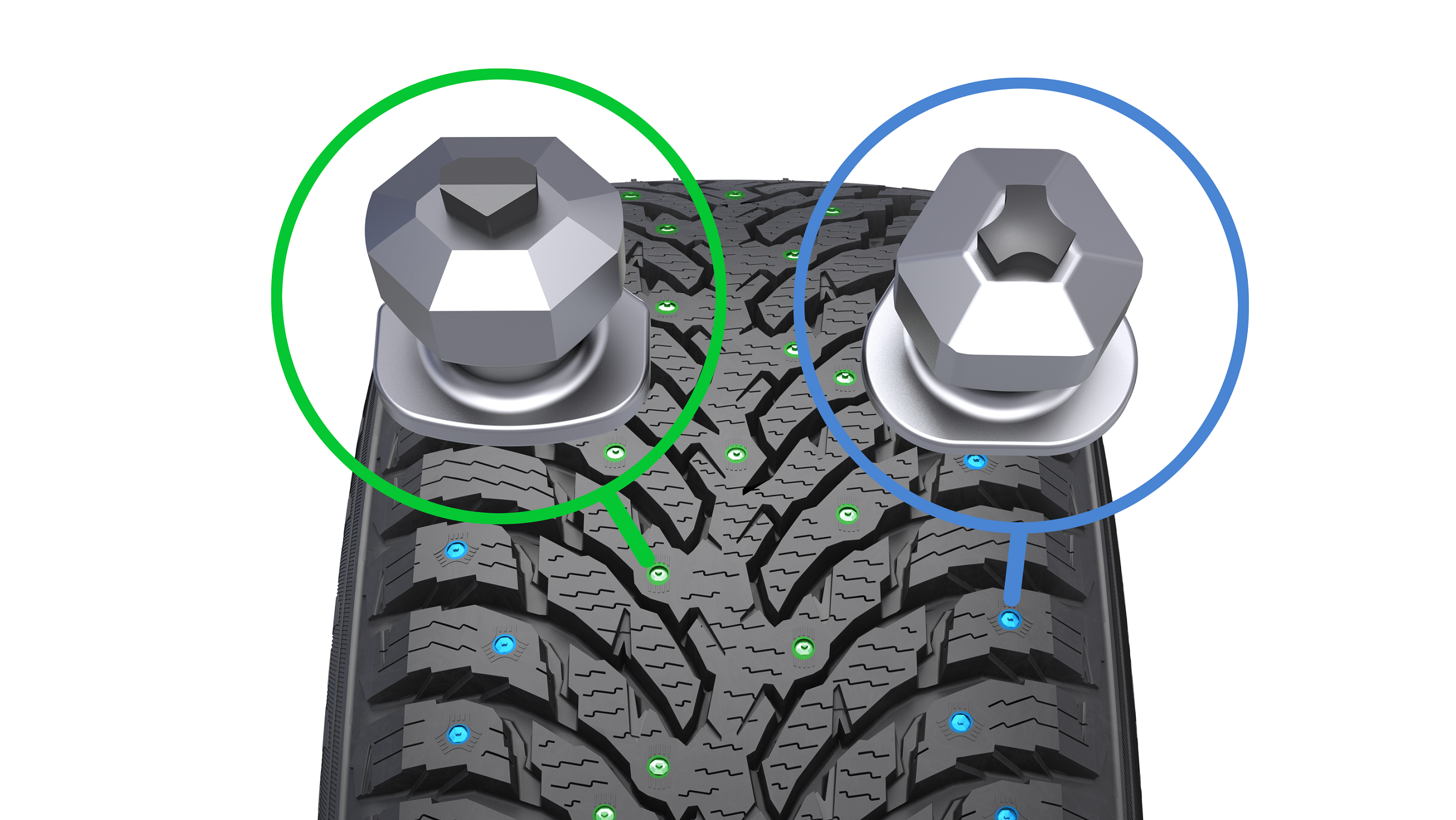 Studded tires are permitted in all Prairie provinces. Only Manitoba restricts use to the winter months—October 1 to April 30.

So listen to these studs, and check out some studded tires when you’re getting your swap done at Kal Tire. 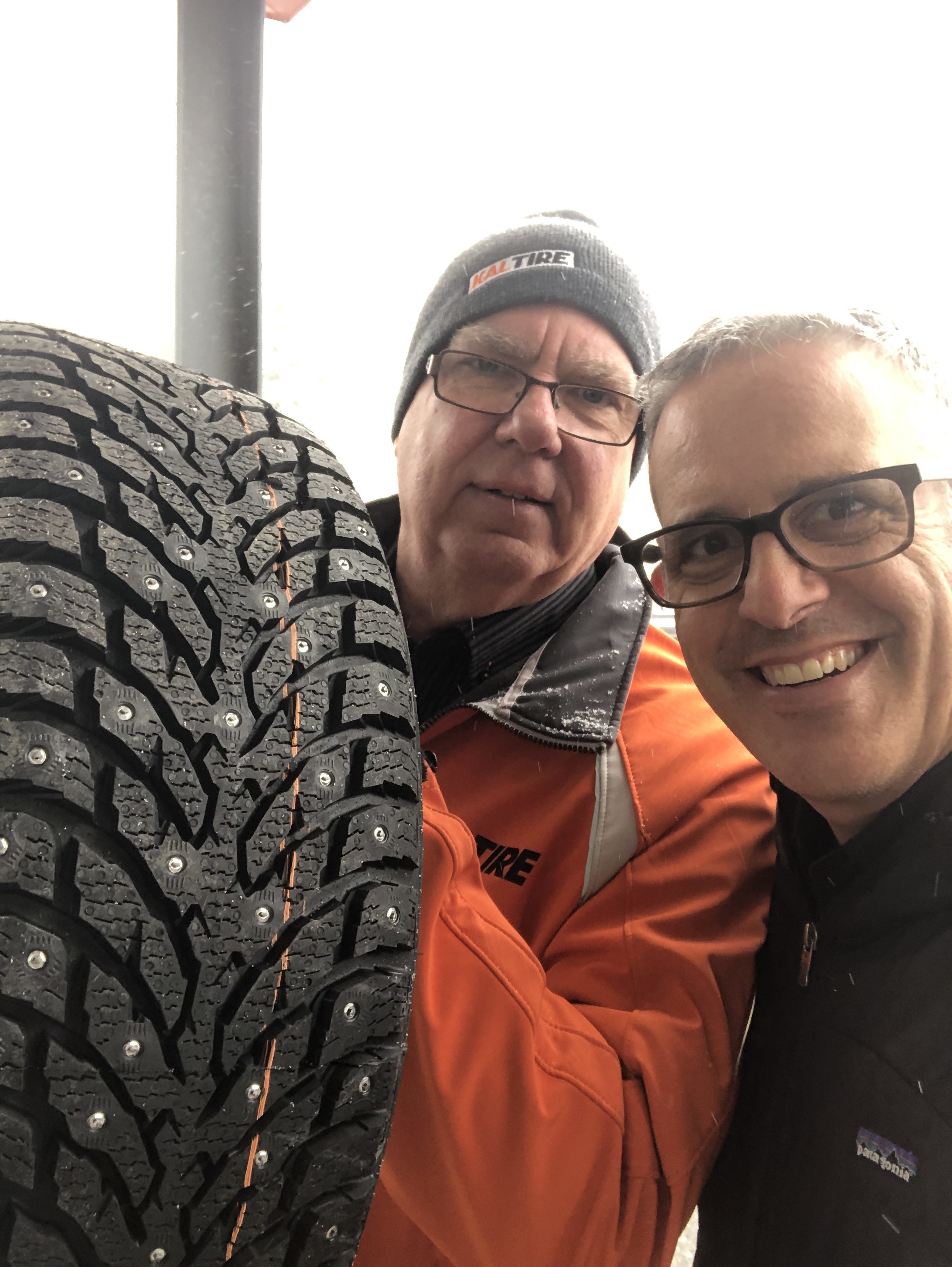